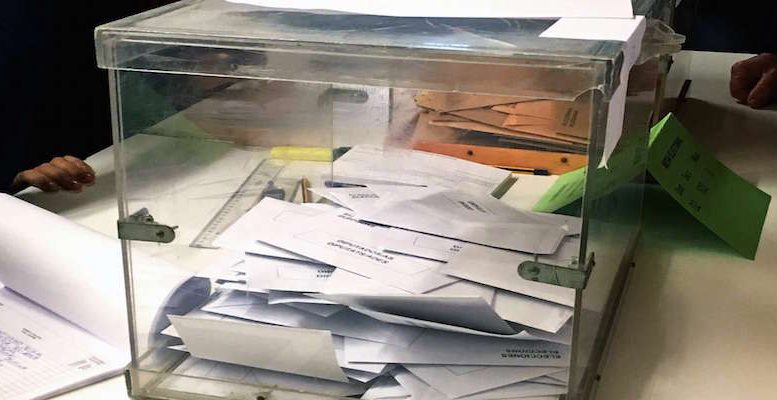 Today voters will decide which parties have a chance to decide Spain’s future government. The latest opinion polls show the right-wing Partido Popular winning the elections but in need of a helping hand from the Socialists to secure enough backing. The leftist movement Podemos emerges second in the people’s choice, with the potential to seize power if it forges a coalition with the Socialists. So once again, social democrats hold the key to government. An uneasy prospect as supporting others might wreck their future standing.

Political leaders will try harder this time to form a cabinet. Otherwise, further uncertainty might hit the Spanish economy and threaten its current growth, jobs and solvency. Only the extremist leader Mr Iglesias would benefit from a third consecutive election, enhancing his chances of winning over many disenchanted voters. Negotiations might drag on as potential allies would likely link their support to agreeing on a candidate other than Mr Rajoy for Prime Minister.

The Spanish economy will perform smoothly as long as there is no prospect of a sweeping U-turn in its current policy mix. With a hung parliament there is little hope of implementing any sensible plan enhancing market flexibility and competitiveness. The Socialists would probably decline participation in a grand coalition, thus forcing the creation of a minority cabinet unable to implement any bold initiative. In the unlikely event such a coalition might actually fly, its agenda would include scrapping many keen reforms previously undertaken. So the best option would seem to be a standstill.

But sooner rather than later, Spain’s current economic performance will gradually lose its shine. The country has benefited immensely from the ECB’s monetary glut, enabling its businesses to overcome an acute credit shortage, as well as lifting market expectations. But the strong recovery it witnessed in 2015 is fading, paving the way for lacklustre growth. Extremely high levels of unemployment will remain for years to come, while confidence will fail to pick up in any significant way. External demand will not play the same outstanding role as it has in recent times, with mounting uncertainty over the global outlook taking an increasing toll. Credit tightening could materialise should rates across the Atlantic start rising, even at a modest pace. Things will definitely get worse unless the new government takes swift action. As there are no such expectations on the horizon, the current recovery will peter out over the coming months.

Should a minority cabinet take office, the likely deterioration in economic delivery would prompt it to call fresh elections next year before things get worse. Should an improbable grand coalition be formed, its disappointing record in addressing key shortcomings would probably lead to earlier than expected polls. One doubts future conditions can guarantee a more favourable political outcome. Without a robust recovery it will be difficult to cut the grass under Podemos’ feet. And in turn, this ever rising populism will prevent the main shortcomings the Spanish economy faces from being properly addressed. It will take a lot of courage and sound leadership on the part of both incumbent parties to disengage themselves from this vicious circle.