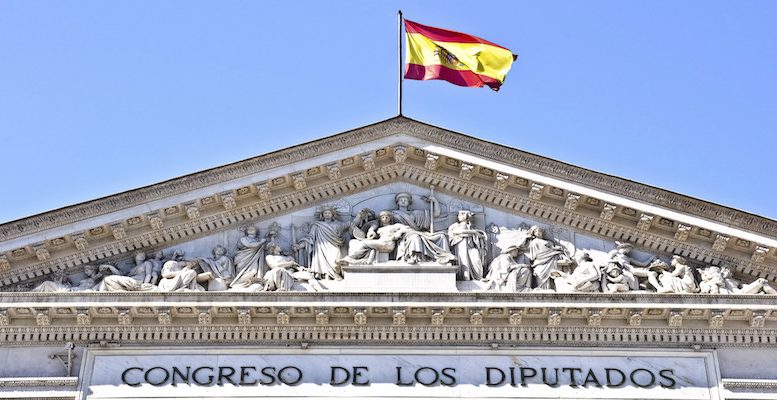 In the last few years, Spain has halved its deficit and emerged from a recession and the threat of a bailout which could have pulled all the eurozone down with it. Furthermore, it is now one of the countries with the highest growth – when the rest of the eurozone is still dragging its feet eight years after the start of the crisis – and unemployment is trending lower. But while caretaker Economy Minister Luis de Guindos keeps repeating Spain may not be sanctioned for non-compliance with its deficit target, everything indicates this will happen at the beginning of July.

Well the first reason is obvious: because Spain, objectively speaking, has failed to comply. The fact that the public deficit stood at 5.1% of GDP in 2015 makes it unlikely that it will fall below 3% in 2016, the commitment made by the Spanish government. And this, with the Stability Pact at hand, is liable to be sanctioned.

One of the reasons put forward for the European Comission to be unrelenting is precisely to strengthen its authority. The majority of the European commissioners are in favour of imposing the sanction, the first of its kind, in order to restore the credibility of the Stability Pact. With regard to what northern European finance ministers think, Finland’s Alexander Stubb offered the best summary at the June Ecofin meeting. He simply said that when the EU economy ministers deal with this issue, the only thing they have to do is “look at the regulations and comply with them.”

This mentality has led Germany’s Finance Minister, Wolfgang Schäuble, to criticise Commission president Jean Claude Juncker’s for delaying the sanction decision until after the June 26 general elections. “We are not happy with this decision,” he complained. Eurogroup president, Jeroen Dijsselbloem, has also lamented Brussels’ use of a “double standard” for big and small countries. In its recently published report on the Eurozone, even the International Monetary Fund recommends implementing the Stability and Growth Pact regulations “more strictly” to “restore confidence and fiscal discipline.”

When the euro hawks attack southern European countries in deficit, they are actually thinking about France. For many of the partners, and particularly for Germany, punishing Spain is a warning for Paris. In fact, the Junker Commission could have already started a sanction process against France and Italy in February of last year, due to their lack of reforms and deficit and public debt problems, respectively. The fact it did not do this fuelled huge anger in Germany, which believes the Franco-German axis and even the eurozone will be destabilised if François Hollande does not take action. Schäuble has other motives for thinking that Germany is losing ground in terms of economic governance in Europe. He is particularly upset by the European Central Bank’s zero interest rates policy, aimed at fuelling consumption and private investment. There are federal elections in 2017, and he thinks Mario Draghi is turning more traditional German savers against him. And just at a time when Merkel is beating records on a daily basis in terms of her unpopularity, while the new extreme right wing German party, the xenophobic Alternative for Germany (AfD) is gaining ground.

In Berlin they think that, leaving aside the immigration problem, guaranteeing austerity in Europe will not only help contain this populism at home. It will also serve as a warning to the new government in Spain, whatever its persuasion, that it must implement more adjustments (above all in the regions and in the city councils). Caretaker Prime Minister Mariano Rajoy has already committed to doing this in a letter. But this message is aimed mainly at Podemos.

The Commission acknowledged that the Spanish elections had a direct influence on its President Jean-Claude Junker’s decision to hold off sanctioning Spain for missing its deficit target. Supposedly so as not to interfere with the election campaign, although it is the party in government which has obtained the greatest political leverage from the announcement. Several countries, once again led by Germany, questioned the legality of this fiddle and the European Council’s judicial service confirmed their doubts. Now the EU finance ministers will not make any official decision on the extension until July 12, once a decision on the sanction has been made. Caretaker Economy Minister Luis De Guindos has once again said he has no doubts over the extension not being in danger. But maybe by then he will be out of the job.