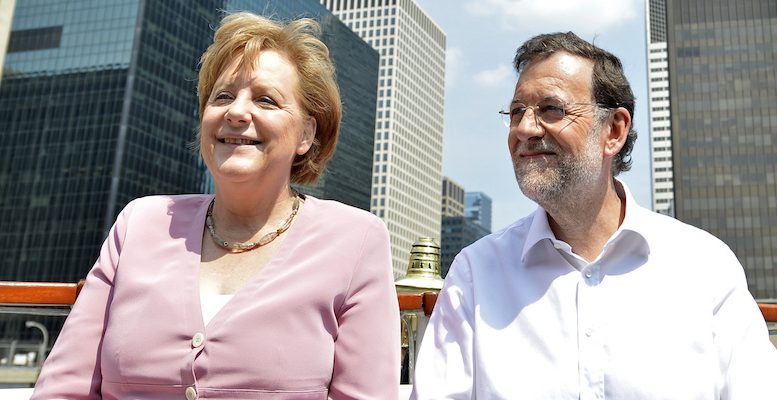 Within the German government and amongst the (serious) media there is a fair amount of comprehension towards the PP government. This is in part, I suppose, because some party members have taken advantage of official contacts to explain the reforms undertaken (particularly the labour reform) and how they identify with the demands of a tough adjustment programme. Furthermore, they have no doubt offered support for German proposals within the EU or the Eurogroup. The recent budget deviation has been regarded as an electoral concession which Berlin completely understood. But it has been used as a pretext to complain – once again – about the European Commission’s recent lax behaviour. It’s ironic: instead of criticising the Spanish government for putting votes before strictness, they are blaming the Commission for accepting the trade-off…   For some time now, Commissioner Junker has been judged very harshly by the German media, despite the fact Draghi remains the favourite target for criticism.

This is where there is tremendous concern. The Germans interpret their recent populist riots, just like the Austrians and the Dutch, as reactions against non-integrated minorities, which are now being confused with the refugee issue. They completely understand the connection with those neonazis who remain, and who are now siding with Afd in Germany and joining in with previous movements. In short, a dangerous kind of populism coming from what is called “the right.”

What is surprising is that there is a growing movement in Spain which is also called “populist”, but comes from a completely opposite pole. We have clearly decoupled from Europe (as has happened so often!) …we have a closer connection with Greece. While for some of us it’s very clear, it does not even enter the heads of German analysts that there is any connection between the social mess, fuelled by austerity, of the “indignant” movements and the birth of a political organisation which has taken on all the aggravation of those people who have been evicted from their homes. And it’s not just about them…it also includes those workers in precarious positions because of wage cuts, the issue of 50% youth unemployment in Spain, people who have taken their parents out of retirement homes to use their pension to help their family survive etc etc…the PP were not sufficiently on the ball to anticipate how this process, which was taking place before their very eyes, would develop. And the PSOE did not know how to take the lead and incorporate indignation into its own opposition political programme.