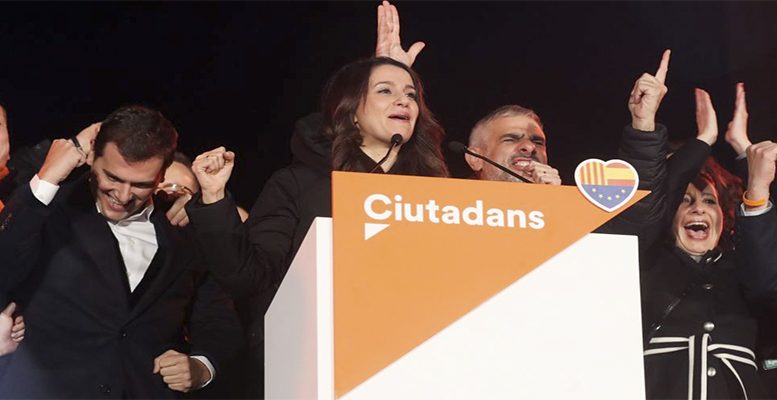 Fernando González Urbaneja | If it is not easy to give birth to a party, burying it with dignity can be just as complicated… or more so. Ciudadanos was an exciting political project born in Barcelona as a reaction to (unconfessed pro-independence) nationalism and the connivance of the constitutionalist parties, PSC and PP. Ciudadanos was the other, cleaner way (without history). It was accepted in Catalonia and exported the model to the whole of Spain as an intermediate party, half-liberal, half-social democratic. And it had more pull than Rosa Díaz’s UPyD, which had a similar origin, based in the Basque Country and motivated by anti-terrorism.

Two parties positioned in the centre, as potential hinges, although with a vocation to go further, to occupy the space of a governing party. At the time, neither UPyD nor Ciudadanos found an area of understanding, of integration to join forces. People failed due to a lack of emotional intelligence. Ciudadanos occupied UPyD’s space and the latter died off. They did not know how to add up.

Ciudadanos obtained promising electoral results in Spain and Catalonia between 2015 and April 2019: between 13 and 16% of the national vote and up to 57 MPs. However, they were useless. They neither teamed up with the PP nor succeeded in doing so with the PSOE, no matter whose fault it was. In fact, the PSOE smothered Ciudadanos in the summer of 2019. And at the end of the year they obtained 7% of the vote and 10 MPs, which reduced their chances of governing to almost zero. They achieved opportunistic coalitions with the PP at the regional and local levels and then maxed out.

If in the summer of 2019 it was the socialists who cut Ciudadanos’ oxygen, now it is the PP populists who are applying the same discipline, forcing them to the edge of the abyss. Pablo Casado offered a takeover, without putting too much emphasis on it. Then, after some months, without waiting for the offer to mature, the PP opted for a hostile takeover bid. It negotiated the transfers of leaders, leaving the party now led by Inés Arrimadas trembling.

There are already several elections auguring a bleak future for Ciudadanos: extra-parliamentary in Madrid, Galicia, the Basque Country and irrelevant ones in Catalonia. The young party has little chance of survival. So it will have to consider the alternatives, including a dignified death, salvaging something and so avoiding one of those demises which run their course via insolvency and shameful liquidation. It is not easy to take any decision: resisting could be suicidal and surrendering to another party, mainly the PP, would seem cowardly. The leaders will not come out of it well, they will have to calculate the damage and decide what is the least stupid thing to do.