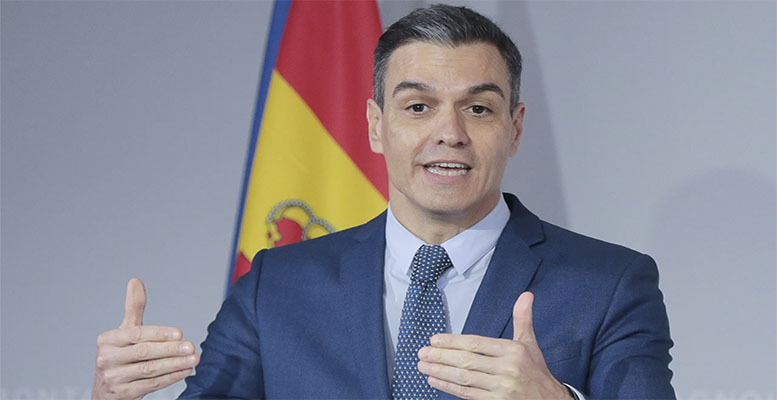 J.P. Marín-Arrese | When the Spanish elections in 2016 delivered a hung Parliament, Pedro Sánchez stubbornly challenged the only potential right-wing candidacy able to set up a minority Government. His resistance led to a protracted stalemate, leaving another fresh poll as the only way out. Fearing a crushing defeat in that bid, the Socialist party ousted Sánchez and allowed Mariano Rajoy to snatch the Premiership. Only a handful of loyal followers sided with him and stood by his motto of ‘No is No’, refusing to accept the partisan line. Soon after, Sánchez accomplished a remarkable comeback, winning the contest for Socialist leadership and eventually toppling Rajoy in a non-confidence vote in 2018.

In his electoral campaign, he pledged to refuse any alliance with the extreme-left movement Podemos, stressing that no one could sleep confidently resting side-by-side with its leader, Pablo Iglesias. He also promised he would never seek support from Catalan separatists. As events unfolded, he broke both assurances to become Prime Minister in a coalition Cabinet with Podemos, fully supported by separatist parties.

Ever since, Sánchez has drifted away from his vigorous defence of Spain’s constitutional unity and engaged in increasing concessions to his new allies. His Government soon pardoned the Catalan leaders imprisoned on charges of declaring the unilateral independence of that region from Spain. Recently, it has erased the crime of sedition and substantially reduced the penalty for misappropriation of public funds, much to the alarm of the European Commission, which fears such a move could impair the ability to avoid fraud in EU funding.

Mr Sánchez has also caved in to pressures from Podemos, giving his green light to highly contentious new legislation to protect women against abuse. The so-called ‘Yes is Yes’ Act requires explicit and continuous consent from the female partner in overtures and intercourses. She can change her mind at any time, making love a hazardous adventure for males. Moreover, the new legislation has combined into a single crime the previous range of misconducts and offences, thus reducing penalties for many condemned prison inmates. As consented intercourse with teenagers no longer stands as a criminal offence, several teachers indulging in such practices with their non-adult pupils have recovered complete freedom. Even if such flops prove highly damaging to the Government’s image, Sánchez refuses to change this ill-judged legislation.

As he trails behind the polls, PM Sánchez still believes he can secure a new tenure after the General Election later this year. While the Opposition leader, Alberto Núñez Feijóo, seems poised to win, he would most likely not secure the landslide victory enabling him to set up a Cabinet without the support of the extreme-right party Vox. Yet, such backing would prevent other centre-minority parties from siding with him. He would need majority support in Parliament, an outlook that may fail to materialise. Thus, Sánchez still hopes the polls will give him a slim chance of overturning his dwindling prospects and propelling him into another spell in power.

Much will depend, as usual, on economic delivery. The Opposition’s former warnings of utter jobs and business discomfiture no longer hold as the Spanish economy is proving more resilient than expected. Europe has avoided the energy crisis most analysts predicted in the aftermath of the Ukrainian conflict. While growth slows down, the dreadful spectre of recession will fade away as soon as inflation becomes under control.

Prospects point to a sluggish performance of the Spanish economy this year. Yet, the Government is enforcing a social shield to prevent job losses from lengthening the dole queues and providing widespread petty assistance for those left behind. A generous pay increase in pensions that has already been awarded will also help to harvest more votes.​

For all the dismay and alarm Socialist backers may feel about Sánchez’s drift from former pledges, many moderate voters still consider allowing Vox into a power-sharing arrangement to be a more dangerous option. Thus, the Premier still enjoys a fairly good chance of holding on his job even if he loses the coming elections.