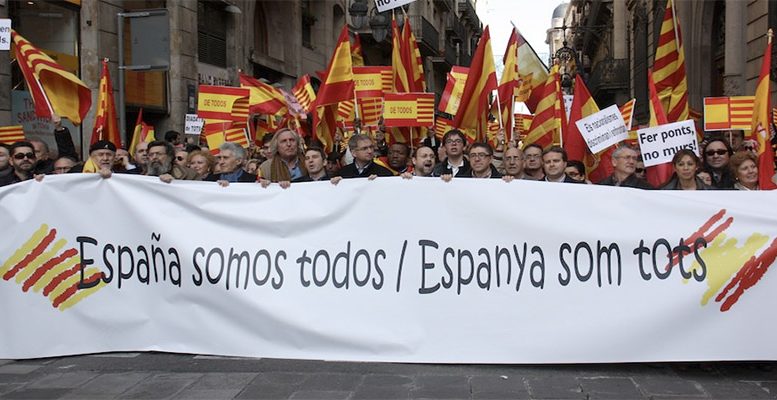 A few days ago, a week ago, the unilateral and seditious declaration of independence in Catalonia seemed to be on the cards, almost inevitable in fact. At the same time, doubts over the effectiveness of such a decision were increasing as the declaration might not be acknowledged, followed by emptiness and limbo. What’s clear is that Spanish democracy was wounded and the prestige of the transition damaged. The exemplary Spanish constitutional process, which had functioned happily for 40 years, came up against a serious question mark: because the secession of part of the territory and its citizens would be tantamount to a collective failure, a failed democracy with consequences difficult to evaluate, but definitely negative. A lost game for everyone.

Tomorrow, the president of the Catalan government is proposing to explain to the Barcelona Parliament the extent and the effects of the pseudo-referendum which took place on October 1, and nobody wanted to endorse. A good number of his coalition partners want Parliament to proclaim independence the hard way, while others believe that a lot has already happened and it’s now time to consolidate positions and put off a decision which leads to failure.

Meanwhile, Spain’s government, with Rajoy at the helm, remains phlegmatic, patient, resistant, as if giving the rebels the opportunity to return to the constitutional order and open up new opportunities for a hypothetic negotiation. But is Rajoy right to keep a stiff upper lip while some of his predecessors, like Felipe González and José María Aznar warn that they would have suspended Catalonia’s autonomy (as Blair did in Ireland)?

King Felipe VI’s speech on Tuesday, which won the approval of around 70% of Spaniards, the decision of scores of top companies to move their headquarters out of Catalonia and the huge demonstrations against independence involving both Spaniards and Catalans in Barcelona and other cities, have changed the way the process is going and given it another dynamic.

What could happen over the next few days has also been given another dimension by the legal proceedings against those in favour of independence, for having crossed the boundaries of the Constitution with actions which are obviously illegal and liable to severe sentences. On the one hand, the rebels will try to alienate themselves from a State which can put them in prison, or worse, on the other, drives them towards a negotiation which avoids uncomfortable risks.

The Catalan society is broken and the Spanish society is somewhere between irritated and worried. Re-establishing stability and the national project will need time and intelligent policies. Sooner or later, the process will lead to elections in Catalonia and in Spain which will deliver another parliamentary map, reflecting the reality of voters’ preferences. The outcome of this will very probably be different to that of the last elections in 2015/2016.