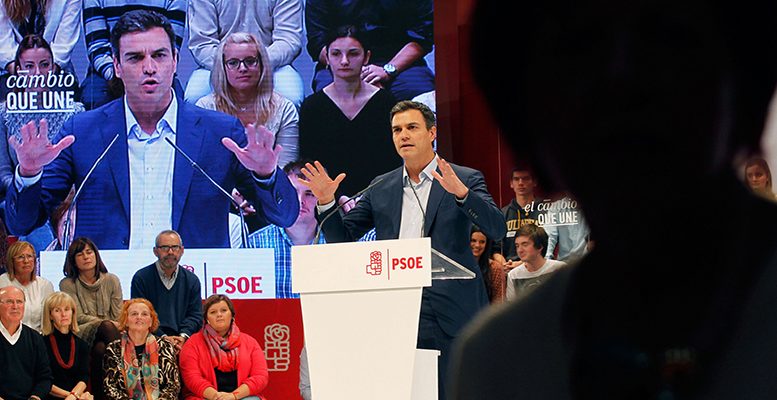 Within the PSOE itself, critical voices are growing against the pardons that the government intends to grant to the Catalan coup plotters to ensure its continuity. The president of the Junta de Extremadura, the socialist Guillermo Fernández Vara, explained on Wednesday that “it is clear” that “those who do not want to be pardoned should not be pardoned, since they do not respect or believe in the laws that make it possible.”

Meanwhile, former Prime Minister and leader of the PSOE, Felipe González, also said on Wednesday that, under the current conditions, he would not pardon the pro-independence leaders of the procés. “Disloyalty to the rules of the game is paid for”… “In these conditions I would not pardon.”

Yesterday it was the Socialist president of Castilla-La Mancha, Emiliano García-Page, who rejected the possibility that the Government would pardon the pro-independence prisoners of the ‘procés’. García-Page stressed that pardons would be “an enormous disgrace” if they were to be granted and could be “one of the most serious errors of democracy.” He also believes that a pardon for Catalan prisoners could be “a condemnation” for the party and its voters.

“More than a measure of grace, it would seem to me to be an enormous disgrace, to be honest. There are many legal and political arguments for thinking that the hypothesis of a pardon would be one of the grave errors of democracy if it were to happen,” García-Page said. Because the “most serious” thing for him is that “the people who deliberately perverted the constitutional order” and violated the rights of Spaniards and Catalans “insist on re-offending.”

“Pardons should not have a political profile, and even less so should they appear to be a compromise. In no case can they mean a cession, because that is exactly the opposite of a pardon, which I don’t like at all, that is the reality.”

But the fact is that without pardons for the 12 imprisoned pro-independence activists, the PSOE will not obtain the support of the ERC in Congress, which is essential to sustain the government. Hence the sensation of ‘blackmail’ that is perceived in the measure of pardon proposed by Sánchez and which has led two out of three Spaniards to reject it. At least as long as the pardon is not requested by the prisoners themselves and they do not commit to not breaking the law again.

The last to express his opinion was the former socialist vice-president of the government, Alfonso Guerra. He believes the government “should not and cannot give” pardons for 1-O after the Supreme Court’s report: “It would be an illegal act,” he said.