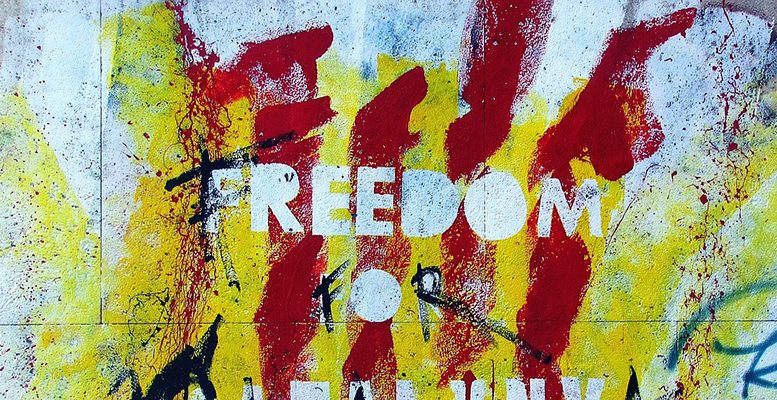 Since the segregation process in Catalonia began, one got the feeling that it would be a serious risk to our country’s economic stability. In the initial stages, there was plenty of intelligent analysis showing how ruinous a hypothetical secession would be for that region. This included the exit from the integration that is the European Union, the dislocation of companies and the withdrawal of investment. And not to mention the insurmountable difficulties  the newly-created State would face to attend to its financial needs and maintain its current welfare levels. But there was little about the high price Spain would pay for the loss of its main economic region, which accounts for about 20% of GDP. Not even from the perspective of the sharp deterioration to our country solvency, in the face of a substantial increase in its debt/GDP ratio.

The total uncertainty created by the sovereignist block’s decision to forge ahead with its “done deal” policy, or its call to open rebellion in the streets to neutralise the State’s power in this region, adds an extra element of extreme pessimism. Conciously burning all their bridges, there doesn’t seem to be any way back or any will to reach an agreed solution amongst those who have embraced this adventure. For that reason, those sectors which are calling for dialogue or claim they want to mediate flexibility for Catalonia, breaking our country down into a conglomeration of nations, are very ingenuous. Even more so those who still trust there will be a return to normality thanks to spontaneous generation, once the current insurrection fever has cooled, ignoring the deep divide which has been created. They would not even settle with accepting a new agreed referendum, with guarantees which, under the pretext of a skilfully orchestrated simulation, were only aimed at effecting the declaration of independence by force. The alleged participation in this parody of a vote only represented 42% of the list of registered voters. But that has not stopped its promoters from interpreting this result as a reflection of the will of the people in such an important decision as severing the links with the rest of the nation.

To try to reestablish constitutional order now seems an extremely perilous task. It implies the use of coercive measures, the efficacy of which are dubious, in an extremely heated environment. It would be difficult to cross certain boundaries without fuelling the rejection of our partners and international opinion in general. That said, we can’t allow the problem to rot away sin die. There is the risk that this virtual independence acquires some legitimacy, as it continues while the State is incapable of imposing its authority. At the time of writing, it’s difficult to predict what form the response to the sovereignist challenge will take. But re-establishing legality as soon as posible is paramount.

If the situation is not steered properly, there is a risk that the economy could collapse. Handing over power to the mobs for them to be the launch pad and human shield for the politicians responsible for the rebellion, is completely irresponsible and will have unheard of consequences. Those who act like pyromaniacs will become hostages of the troops who are the agitators, without being able to keep the reins of the Pandora’s box which has been so happily opened up. The complete and utter uncertainty which currently reigns is already being reflected in substantial withdrawals of funds from the banks. The outlook for disorder and anarchy can only serve to accelerate this movement, putting the country’s financial stability in a tight spot.

A very worrying outlook which would be aggravated if this air of revolution ends up affecting productivity. If there is not a return to normality soon, closures, relocations and layoffs cannot be ruled out. The climate of underlying insubmission could make it difficult to adopt any decision interpreted as an attempt to sabotage the process, even though it responds to strict logic of the market. This void of responsable power can’t last any longer. Each day the crisis continues without any solution in sight, confidence is eroded. And this is the most important asset in terms of economic stability.

It’s difficult to believe that in the face of such a risk, people become frivolous and attribute an equivalent part of the blame to the Government. Above all for the action taken by the police forces which is similar to that used in neighbouring countries in situations which are much less dramatic. In any event, you can only blame the government for insufficient resources and its unbreakable faith in the regional police’s cooperation. And also for an intervention strategy which has been so sporadic that it neither avoided a massive turnout from voters nor the foreseeable domino effect of media coverage, denouncing abuse, most of it fake.

That the sovereignists exaggerate all this is understandable, since it’s part of their strategy for internationalising the conflict, in the hope of getting the necessary support for their cause. But that others are signing up for this, which only boosts the secessionists’ position, is perplexing when so much is at risk.

Sovereignity puts its trust in capitalising on rejection in the face of attempts by the State to restore the law, especially if it uses force. It’s aware of the impossibility of gaining international recognition in the short-term. So it puts all its efforts into bringing new fans on board to support its cause, confident that if it generates a critical mass this will unbalance what is practically a dead heat amongst Catalan voters today. It is also confident there will be a central government in the future more willing to make concessions. If it succeeds in opening the door to a negotiation on an equal footing, it knows that any dialogue under these conditions will inevitably lead to independence. An unstoppable process as this kind of negotiation implicitly recognises its full sovereignity and legitimacy. Agreeing on the economic terms of the divorce will not be a very complicated task. The only objective would consist in preserving its continued presence within the European Union, in whatever form, and reaching a stronger partnership with the rest of Spain, its main market. In short, keeping the current status quo, with the only thorny problem being agreeing to take on part of Spain’s public debt. A solution which would obviously require the approval of the main EU partners, who are not at all keen on the Balkanisation of Europe.

Hence the difficulty in dismantling a strategy based on the increasing usury of the support for the constitutional parties in Catalonia, who according to their promoters would make every attempt to direct the situation from Madrid. An effort which could only be ruined if the economic situation sharply deteriorates and the independence option loses momentum amongst voters, confronted with the harsh reality of a worsening environment. This hypothesis cannot be ruled out if the current uncertainty continues. Although there are some who are not displeased with the alternative of “the worse it gets the better”, it would be very costly for our economy as a whole. So we need to hope there is a response beforehand from the State which, at least, curbs the sudden attack and restores confidence. It’s time to put aside any tactical calculation and firmly crack down on the root of the problem before it leads to an uncontrollable phenomenon.