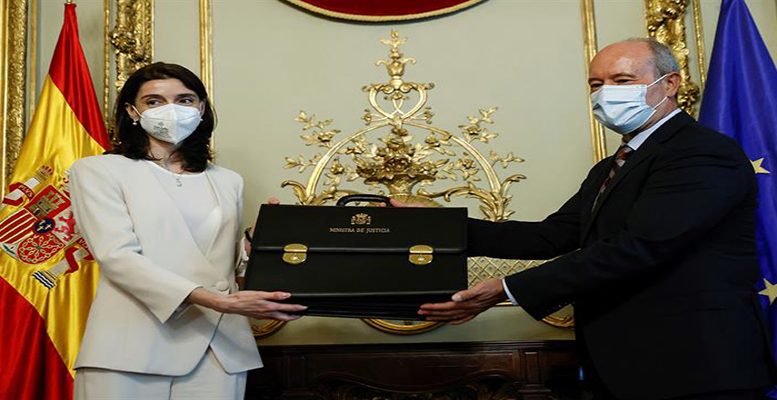 Fernando González Urbaneja | Pablo Iglesias is not in government, but his objectives are still on course. As he himself explained, his immediate political action should focus on weakening two powers: the Crown and “los togados”, the judiciary. In his opinion the latter is in the hands of Francoist reactionaries who must be subjugated. His thesis is that the judiciary should be subordinated to the executive, to the will of the people. So “the courts” are adversaries, enemies, who prosecute the actions of pro-independence leaders or Podemos leaders who suffer police harassment and judicial investigations.

What is striking is that this unusual political strategy serves as a reference point for the socialist leaders and the Sánchez government, which is now engaging in harassment of the judiciary when it resolves issues that are not to its liking. The Sánchez government resents control, as all governments do. However some put up with it and others give in to the temptation to exercise power without control.

The reaction of the government to the ruling on the state of alarm is disproportionate. Particularly from the three ministers who have served as magistrates, with the newly appointed justice minister – Pilar Llop – at the forefront. It conveys the feeling that they are seeking to pillory the judiciary (although the Constitutional Court is not part of it), warning that rulings contrary to government decisions will be criticised and poorly received.

It is also striking that the most benevolent commentators have closed ranks with the government to disqualify the magistrates who endorsed the ruling which describes the state of alarm as insufficient. In reality, this is a constitutional legal debate with no practical consequences; one which aims to extend the guarantees of respect for personal and collective liberties.

The government, blinded by pride and self-esteem, has opted to uphold it and not amend it, and to question the Constitutional Court as it has done on other occasions against the Council of State or the Supreme Court. The governmental side argues that the Constitutional Court has not taken into account the urgency and reason of state, without addressing the fact that they too can be required to respect the institutions and the balance of powers.

Placing the judiciary in the pillory is one of the indicators of the weakening of democracy and the slide towards illiberal models which are not compatible with the European Charter.