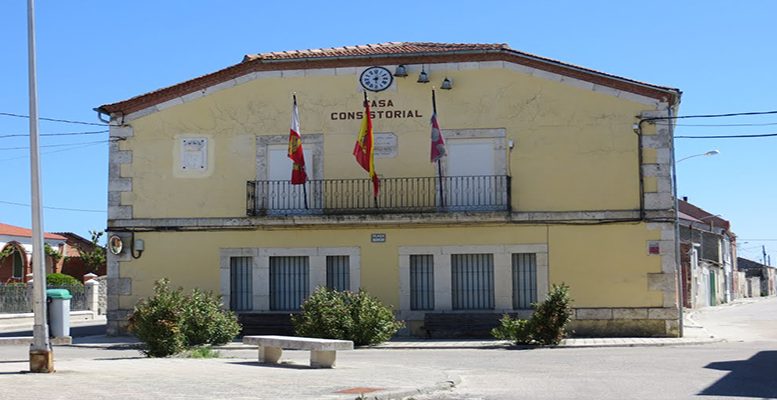 The Valladolid municipality of Camporredondo, near Medina del Campo (Valladolid), is presided over by the mayor Javier Izquierdo García. He has signed a letter of response to the President of the Senate, María Pilar Llop Cuenca (*), defending his municipality against the request of the Upper House to remove the name of the street Calvo Sotelo from that municipality.

The letter is as follows:

PRESIDENT OF THE SENATE OF SPAIN

In relation to your communication of the agreement of the Senate Bureau, adopted at the meetings on 16 February and 16 March 2021, requesting a report at the request of Carlos Mulet García on the nomenclature of Calle CALVO SOTELO in this municipality, I would like to inform you of the following:

1. The undersigned is the representative of a Town Hall which you probably do not even know where to find it on the map of Spain. To help you in this task, I would like to inform you that Camporredondo is in the province of Valladolid and currently has 155 inhabitants. It has only one civil servant, the Secretary-Comptroller, who comes just one day a week to this Public Administration. And there are 5 councillors who do not receive remuneration or compensation for their position.

2. This body would have liked to receive a communication from its country’s Upper House showing interest in the needs, shortages and problems of this municipality, and in short, of their neighbours. This is because they are part of the Spain that is not empty, but already EMPTY AND FORGOTTEN in almost every way, except for paying the taxes to cover their high salaries.

However, and not surprisingly given the current drift of the executive and legislative powers in Spain, you are not interested in this Spain that still exists. And not only that, you have the audacity to send us an injunction for not complying with Law 52/2007 of “Historical Memory” for the nomenclature of a municipal road called “CALVO SOTELO”. And all this on the basis of the “research work of the Gran Tour del Franquismo”, about which you send us a web link, telling us that it has been published in numerous media outlets. As if this data in itself provided a historical rigour and legality that it certainly does not possess.

With regard to this “research work”, we are once again surprised that such an important body as the Senate should issue a request based on a final project for a Master’s degree in Information Design and Data Visualisation taken at the Shifta by Elisava centre, attached to the Universitat Pompeu Fabra in Barcelona and written by an advertising creative executive who lives outside Spain.

As is logical, it has the same historical rigour and legality as something any resident of this municipality can offer.

Another example of the laziness of our institutions in defending the true history of Spain is the recent example of the tomb of Blas de Lezo, one of the great heroes of the history of this country. It is currently located on the site of the former convent of Santo Domingo in Cartagena de Indias, which is going to be buried under the foundations of a hotel that is being built.

3. The Bureau of the Chamber of Deputies, over which you preside, requests a copy of the minutes of the resolutions of the Plenary Session of this Town Council, approving the removal of this symbol which Senator Carlos Mulet, on the basis of a Master’s thesis, considers to be in breach of the aforementioned Law 52/2007.

In view of the above background, the lack of historical rigour and legality of this “research work” and of course the historical ignorance possessed by all those who make up the Bureau of the House, I inform you that this Town Council has not adopted nor will it adopt any agreement in this regard in the future. This is because, unlike other institutions, it would mean adopting an act contrary to the legal system, that is, null and void in accordance with Article 47. 1 letter f) of Law 39/2015, of 1 October, on the Common Administrative Procedure of Public Administrations (the content of which we understand to be known to you ….) for the following reasons:

Senator Carlos Mulet, with so much daily work he has and a “tiny” salary of 86,004.80 euros, has forgotten to specify which “Calvo Sotelo” is in breach of Law 52/2007. There are, in case you are not all aware of it, two possible people who deserve the name of a road in any municipality, not only in Spain but also in any country that considers itself democratic:

a) Mr. Leopoldo Calvo Sotelo, President of the Spanish Government between February 1981 and December 1982: in this case we could not adopt the agreement you request because Law 52/2007 should only be applied to the protagonists of the military uprising of 18 July 1936, the Civil War and the Dictatorship of General Francisco Franco being the Presidency of the Government of this first “Calvo Sotelo” in 1981 and 1982.

b) Mr. José Calvo Sotelo, Minister of Finance in 1925, Member of Parliament for Renovación Española in the 1933 elections, threatened with death by Dolores Ibárruri, and shot dead by Luis Cuenca, a socialist, in the early hours of 13 July 1936, five days before the military coup, when he was being illegally detained in a van from his home to the General Directorate of Security.

In this case, we would not be able to adopt the agreement requested because, as we have already stated above, Law 52/2007 should only be applied to the protagonists of the military uprising of 18 July 1936, the Civil War and the regime of General Francisco Franco. And as the history of this country cannot be changed, Mr. José Calvo Sotelo was not one of the protagonists of the uprising of 18 July 1936, nor of the Civil War or the regime of General Franco because HE WAS ALREADY DEAD.

Consequently, the aforementioned Law 52/2007 cannot be applied to him. However, if we consider the objective fact that Mr. José Calvo Sotelo was assassinated by a socialist militant for his political ideas, his figure should be honoured by all of us.

4.  Neither Carlos Mulet nor any other member of the Chamber’s Bureau has adopted any agreement to defend the memory of the more than 800 victims of the terrorist group ETA and, in short, the MEMORY of this country. Therefore, this Public Administration hopes that its forthcoming agreements regarding compliance with Law 52/2007 will have a strictly legal and historical basis that does not entail a waste of time such as this letter of reply.

5. Finally, after this brief summary of the History of Spain and the current reality that you should know, and if this is not so, I ask you as a citizen to leave your seat and the useless expense it would entail. I suggest that your work should be destined to satisfy the needs of the citizens, solve the many problems of the present day and whose solution depends on our success in the future. And, above all, that the Senate and the Congress of Deputies ensure that there is no attempt to manipulate the history of this great country that is SPAIN for political ends.

Without further ado, and with you not deserving of any greetings whatsoever. The Mayor, Mr. Javier Izquierdo García.

(*) Pilar Llop has been Minister of Justice since last July.