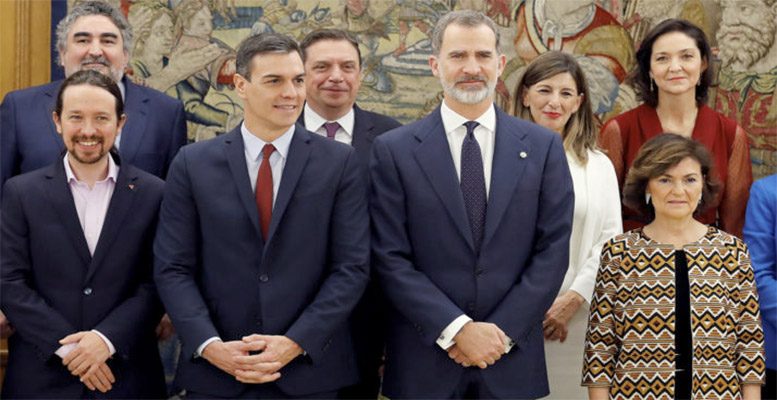 The coalition between the Socialist Party and the extreme left Podemos raised serious doubts on its ability to run the economy. Its agreed platform trumpeted a massive increase in social expenditure, coupled with tax rises and extensive public regulation in many key markets.  These ranged from power supply to housing rentals. No wonder it now plans to back peddle to keep the foreseeable loss of confidence in check.

No sooner did the new Cabinet took office, than it started to water down its boldest vows. Prime Minister Sánchez swiftly downsised the commitment to raise the minimum wage from 900 to 1.200 euros, switching the pledge into a four-year term goal, subject to a fair economic environment. Most observers bet the rise for this year would amount to 1.000 euros. They proved wrong, the final 950 figure dwarfing initial expectations.

The government skilfully handed over the issue to social partners, conscious that trade unions would hardly press for a vast increase in the lowest-paid range of workers. Such a move would depreciate the pay gains reached under collective bargaining, the crucial area of interest for their affiliates. Employers were also keen to nail down a reasonable arrangement rather than risking a unilateral and higher setting of the minimum wage by Government.

PM Sánchez has hit a grand slam by securing the support of both employers and trade unions. He effectively defuses any criticism of putting the economy under pressure while covering himself against fire from those deceived by a much shorter than expected result. The Opposition can hardly attack an outcome reached by the employers association, while the radical left cannot disavow a minimum salary rubberstamped by the trade unions.

The labour Minister Ms Yolanda Díaz will follow the same path in tackling the labour reform. A wise decision aimed at delivering much less than the initial pledge to scrap the revision undertaken by the previous right-wing Cabinet. The social dialogue will presumably lead to agreement in most areas, the trade unions being eager to resume their role as key interlocutors in this field. Reinforcing their leverage in collective bargaining stands is their paramount target. In exchange, they will have to make a whole range of concessions. Employers will also be flexible, well aware that any deal will prove better than leaving the Government to decide over the task. A win-win option for all parties involved.