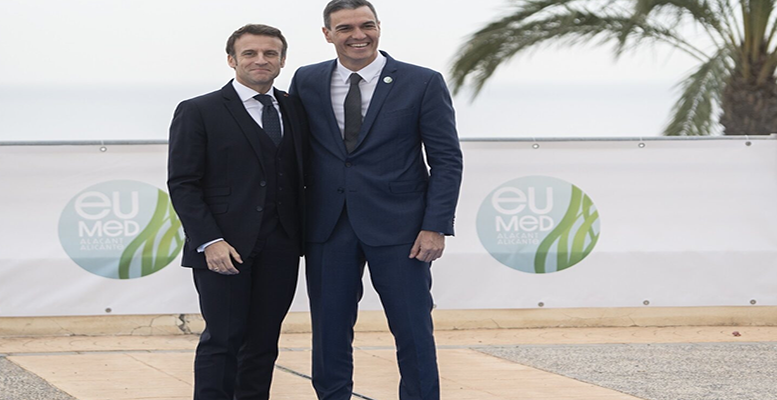 Emmanuel Macron, President of France, the most centralist and Jacobin of European states, will be received today in the most decentralised country on the continent, Spain. The government has chosen Barcelona as the meeting place, the Barcelona mountain of Montjuic, which was the site of the 1929 Universal Exhibition and the 1992 Games, where the pro-independence supporters, led by Oriol Junqueras, await them. The ERC leader pardoned by Sánchez’s government aims to make it clear to Sánchez and Macron that the “procés” (towards independence) is still going on, even though Sánchez says it is over. “Nothing is over here”, read the separatist posters that have been pasted up all around the city.

So Esquerra Republicana de Catalunya – which has been supporting the Sánchez government for the entire legislature – will be at the summit (with the presence of Pere Aragonès, president of the Generalitat) and will protest in the streets (with the presence of its leader, Oriol Junqueras). This is the pro-independence double face that always appears.

It will be incongruous, but it is what is needed to win elections,” explains Rosa Cullel in TheObjective, “in Catalonia nothing is normal. Not even the fraternal European summits. Only the continuous and, by now, tiresome disloyalty of the pro-independence movement”… “Aragonès could demand from Macron educational immersion in Corsican and Catalan in his country. In Catalonia it is not necessary. Catalan children are only prevented from studying in Spanish. The sentence of 25% of Spanish in public schools (only one subject) is still not being complied with”.