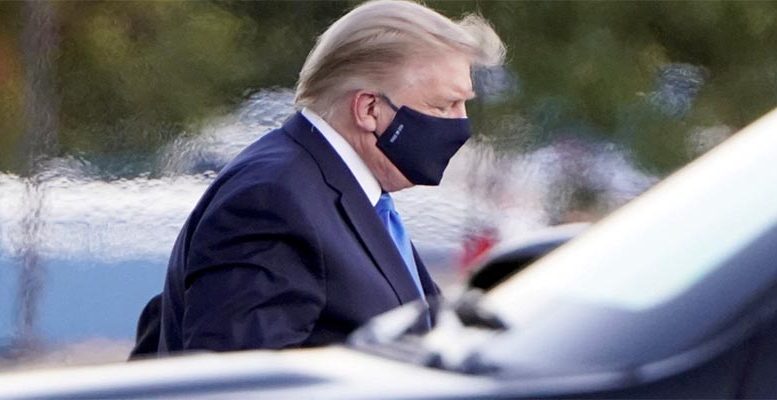 Chris Iggo (AXA IM) | The news on the coronavirus pandemic has not been good. The global number of new infections is now running at over half a million per day and many countries are reporting increased levels of hospitalisations and deaths. The response from authorities has been to reintroduce restrictions on social mobility. This will curtail economic activity and Q4 economic growth will relapse as a result. In turn, markets need reassurance that policy support for the economy will remain in place or, indeed, be added to. The European Central Bank clearly set out its intention to take further policy steps at its December governing council meeting. Expectations of a cyclical recovery and a steeper yield curve which formed the narrative at the beginning of October, have given way to a gloomier outlook, at least in the short-term. It is true that we know more about the virus, we know how to operate with large parts of our economy closed, and we know that there has been progress towards an effective set of pharmaceutical treatments. However, with working from home being extended through the winter and additional restrictions being placed on travel, retail and hospitality, it is no wonder that volatility has stepped up.

Calling markets in the short term is impossible. However, everyone is focussed on next week’s election in the hope that it removes one element of uncertainty from the outlook. Things can change but the polls point to a Biden win and a Democratic sweep of Congress. The importance of such an outcome is that it provides the opportunity for the US to take a different approach to dealing with the pandemic and to pave the way for a fiscal stimulus package. This would in-turn boost confidence and be reflected in higher stock prices. But ahead of the day, investors seem to be reining in risk and holding cash. Donald Trump may be correct in saying “the stock market is going to be great” but it might be because he’s gone!

The trade-off is complex

What has become clear over the last seven months or so is that, for policy makers, there is a trade-off between supporting the economy and limiting the spread of the corona virus disease. The slope of that trade-off is determined by a complex set of factors that are not uniform across countries. These include demographics, the existing state of public health, the provision of and access to medical care, the deployment of test, trade and isolate policies, population density and the compliance of the public. All of these determine how effective policies are in preventing the spread of the virus. Countries that have been able to implement test and trade policies, ramp up medical provision and rely on their citizens to be compliant, have generally fared better in controlling the pandemic. Asian countries fit into this category with China, South Korea and Taiwan all able to post a very good record in control. The United States and parts of Europe have not. In the case of the US the problem is a fragmented medical provision that it not readily accessible to low income growth and mixed messaging from policy makers who have certainly emphasised minimising economic costs over public health.

The slope of the trade-off between economic and health costs is complex but it also needs to be seen in the context of society’s preferences. While it seems harsh to suggest that society can itself have preferences between levels of economic activity and public health, it is clear from the public discourse that this is the reality. Note that public demonstrations against new lockdown measures in Italy this week as an example. While the public might not have perfect information about the virus, they still express a preference over the need for more or less restrictions on activity given the perceived level of risk from the virus. Economists try to theoretically map this as a social preference or indifference curve where different combinations of economic / health costs provide the same level of public welfare. Theoretically there is, at any point in time, a societal optimal point where the policy constraint curve (the policy trade-off between economy and health) meets the society preference curve. Given the rate of infections and the associated mortalities, that optimal point is much lower in terms of total public welfare than it would be if the virus did not exist.

To improve things the trade-off between economy and health has to be improved. Governments are trying to achieve this all the time by refining their lockdown strategies – the focus in the most recent round has been to restrict hospitality opening hours or target certain localities with specific restrictions. Having a more effective test and trace policy and more demanding compliance of quarantine policies would also help., However, the game changer will be a vaccine or a proven, safe and readily available anti-viral treatment.  That will reduce the number of infections and deaths at all levels of economic activity and mean that the economic cost can be minimised without endangering public health (of course there is a financial cost of deploying medical treatment but the public health cost in terms of illness and death will be reduced). The shape of the trade-off will change, and this will allow a higher level of public welfare to be reached. In reality that means moving back to more ‘normal’ economic conditions and seeing a sharp fall in the epidemiological curve. Economic activity will be higher as both restrictions on supply (labour, services) and demand will increase at the aggregate level.