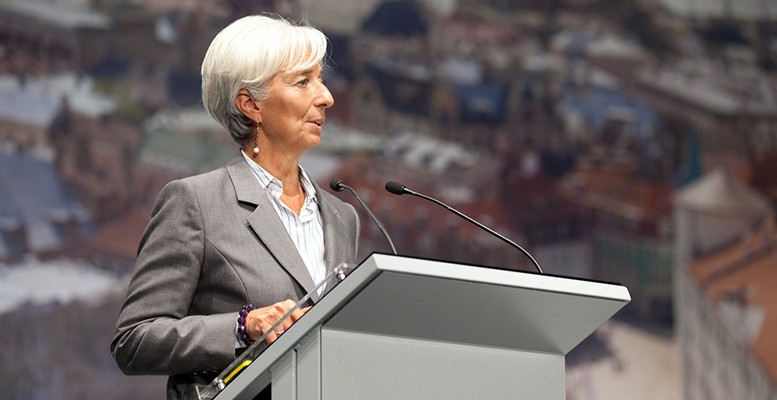 The IMF forecasts a slowdown in world growth this year. GDP will barely exceed the 3% recession frontier. As usual, it has also cut its 2017 estimate, now running at 3.5%. Unless governments agree on unspecified action, this scenario points to long-term underperformance and virtual stagnation, much in line with Larry Summers’s underlying views.

The IMF fails to state who’s to blame for this gloomy outlook. Is it the clumsy way the Federal Reserve raised its rates at the close of last year? Is it the bizarre, awkward Chinese reaction this move triggered? Are plummeting raw material and oil prices causing a deeper than expected plunge? Are many emerging countries faced with huge adjustment processes? Are we in for a bubble shock, stemming from excessive leverage or a sheer lack of determined action on the part of governments?

But in fact, the IMF would be at pains to point to a single culprit. For it has failed to grasp what is happening. Recent bouts of volatility and some bad news suffice to underpin its switch to a more dismal mood. Betting for the worst pays off in the current circumstances. Key developed countries show a disappointing performance despite all the monetary efforts undertaken, while most emerging economies are bracing themselves for a soft landing.

No one knows for sure what is in store for the future. Should the US maintain its growth momentum, the global outlook might markedly improve. Should Europe improve its delivery, the current negative outlook might change. Should China overcome its current problems, the world might recover its primary driving force.

The IMF, like any betting agency, plays its cards with the aim of securing safe haven conditions. As most observers show concern over the global trends, it prefers to endorse such views regardless of their merit. As a result, it overshoots this downbeat sentiment by adding further reasons for concern. Who cares whether its forecasts prove wrong in the long run? It can deliver a different overview a few months later, should optimism prevail by then.

Taking the IMF outlook for granted can lead to serious mistakes. Most seasoned investors disregard it as a useful reference for guiding their market decisions. Why should you anchor your judgement on such a loose and largely unsubstantiated yardstick? After all, it only reflects the obvious fact that recent developments have proved, overall, rather disappointing.

In its last Global Financial Stability Report the IMF points that “net impact of the turmoil has been a shock to confidence, with negative repercussions for financial stability.”