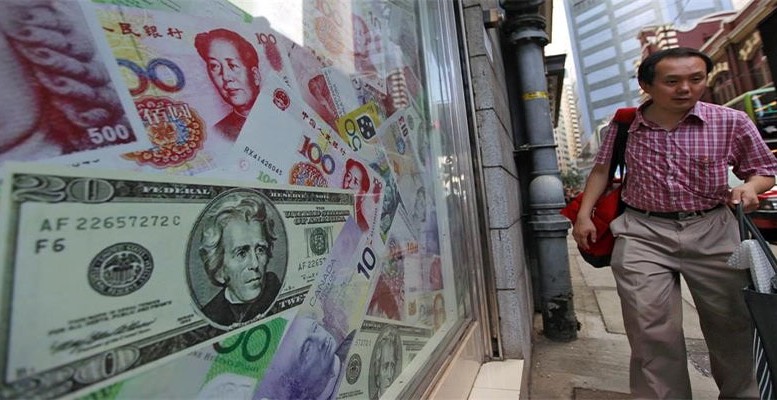 Andrew Sheng via Caixin | Most studies on yuan internationalization focus on how it affects trade and investment flows and GDP growth. They typically neglect the balance sheet aspects, as well as the profits, or return on equity, issues and how to balance the trade-offs between short-term competitive and long-term imbalance considerations, which are decided not on a global level, but on the basis of individual national cost-benefit analysis. The present system is already called a non-system, because no single country can now dictate the rules.

In essence, we must consider yuan internationalization as a process within a total systemic change, rather than from a national, departmental or partial perspective. It is difficult enough to coordinate different departmental views to arrive at a coherent policy, let alone a policy consistent for the world as a whole.

The exchange rate is both a price that determines international trade flows, portfolio shifts and an asset price in its own right. Most conventional economists still look at the exchange rate that affects imports and exports and therefore jobs and growth. However, the recent yuan experience shows that gross capital outflows of nearly US$1 trillion were three times that of the current account surplus of US$220 billion. This flow perspective is incomplete.

Recent analyses showed that about half of the capital outflows since April 2015 was in the repayment of foreign exchange debt, 10 percent in foreign direct investors hedging their yuan exposure and the balance in domestic capital outflows. There is a balance sheet explanation for such outflows.

The first is a reversal of carry trades by enterprises that borrowed in US dollars when the yuan was on an appreciation trend and domestic interest rates, or credit availability, were greater than dollar debt. The possibility of yuan depreciation after August 11, 2015 caused those with net foreign exchange debt to hedge their exposures before they lose more on a stronger dollar.

Next, foreign investors must also hedge their yuan exposures when there is fear of yuan depreciation.

Domestic resident capital outflows in China is also a reflection of some long-term re-balancing of household and enterprise balance sheets, because most net assets have been held in real estate that may be peaking.

Other than Japan, the United States and Europe were able to acquire more and more foreign assets, which they are able to fund from issuing more reserve currency liabilities, typically foreign sovereign debt that are used as “risk free” financial assets. Indeed, China’s gross foreign assets and liabilities are small relative to the reserve currency countries. For example, China’s foreign liabilities were only 46.3 percent of GDP at the end of 2014, much lower than 171.7 percent for the United States, 206.2 percent for the Euro area, and 118.5 percent for Japan. This suggests that if China had allowed its citizens to diversify their portfolios into foreign currency when the yuan was strong, then there would be less likelihood of outflows when the currency begins to weaken.

The final consideration is the effect of the exchange rate on return on equity. From 1994, when the yuan was devalued, to 2008, investing in China was very profitable for everyone because labor and land were cheap by global standards. Today, with real estate prices comparable to advanced countries in leading cities and rising labor costs, even Chinese companies are investing abroad for profit opportunities.

The real concern with the yuan exchange rate is not whether it is pegged to a basket, but if the link to the U.S. dollar remains very strong, the yuan will appreciate with the dollar, creating huge deflationary pressure on the domestic economy. The Eurozone and Japan have been able to depreciate against the dollar and the yuan, on the pretext of quantitative easing, not ostensibly to depreciate their currencies.

This is why geopolitical considerations lie at the heart of exchange rate internationalization. It took the United States over 70 years to reach premier reserve currency status, even though by 1870, the country’s GDP had matched that of Great Britain. The dollar’s march to currency hegemony occurred without capital controls and America was a major producer of gold and silver. The United States never worried about current account deficits, because she was a net importer of labor and capital from Europe, which lost both gold and human talent after fighting two world wars.

Even though the U.S. dollar was in a better position to overtake the Sterling Pound after World War I, the New York money and capital markets were inferior to London at that time. Only after major reforms following the 1929 Great Crash and the 1930s banking reforms did the United States emerge as the dominant military, financial and economic powerhouse.

We can draw at least two lessons from this systemic and historic overview of the international monetary system. First, there is no simple straight line rise for any reserve currency. To do so requires very strong, diversified and resilient domestic financial systems, with deep human trading and investment talent. Both the Yen and the Euro paid the price with financial crises in 1997 and 2007 respectively when stress conditions tested their big but weak banking systems.

Next, as the world moves to a multipolar system, no single country is big and powerful enough to dictate the rules and pull the world out of its global secular debt-driven deflation. A new international monetary order has to emerge to accommodate the rise of the yuan and in the next two decades, the rise of the Indian rupee.

The recent experience with the yuan shows that even with large foreign exchange reserves, self-insurance is not enough in a world of volatile capital flows. A global mutual financial stability system must be found to prevent large imbalances, including the growing net foreign liability of the U.S. dollar, to be managed in a stable and sustainable manner.

In short, the issue is no longer a national consideration, but a global geo-political one that deserves urgent G-20 Leaders’ attention.