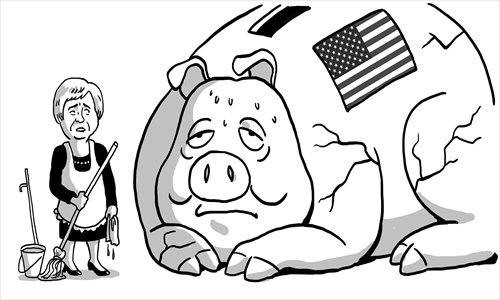 In a global economy there is no such thing as one isolated market and the U.S. government partial shutdown is worrying China and Japan, as well as the rest of Asia, for it could play negatively on the country’s eventual debt crunch issue.

Asian economies hold huge investments in U.S. government bonds and a vast trade relationship with Washington- China is the largest foreign owner of U.S. Treasuries and had $1.28 trillion worth at the end of July, followed by Japan, which held $1.14 trillion, according to the U.S. Treasury Department. And they don’t want to see everything blown up by the lack of consensus in D.C.

Although most experts dismiss the possibility of a default indeed and believe Asian creditors would not dump Treasuries, the malaise is there.

“Trillions of dollars of savings of the Asian economies, which are the fruits of their great economic progress, are invested in the U.S. government bond market. Should the macabre political irresponsibility now gripping Washington whirl completely out of control, Asia would be particularly vulnerable,” says Ken Courtis, member of the Council and Chairman of Hong Kong’s Starfort Investment and Brazil’s BTG Pactual.

“I doubt we’ll see the U.S. fall into default on the 17th, but if it happened it would be worse than the Lehman shock,” Ito said last week in an interview. “I can’t imagine Japan and China would just sit there quietly taking losses on their foreign reserves,” recently said Takatoshi Ito, the head of an expert panel advising Japan’s Government Pension Investment Fund, the world’s largest manager of retirement savings, in an interview to Bloomberg.

Eventually, a U.S. default may also push China and Japan to increase their purchases of dollar-denominated assets, as Matthew C. Klein writes for Bloomberg.

“China and Japan (and other countries) have accumulated trillions of dollars’ worth of U.S. government debt because they want to control the value of their currencies in international markets, not because they are saving reserves for a rainy day or because they are trying to earn profits. Cheap currencies subsidize exports and make imports more expensive, all without falling afoul of World Trade Organization rules,” he points out.

Obama’s decision to scrap his Asia trip (they called it “Asia pivot,” a proposed increased focus on the region because of its growing economic importance and the rise of China) caused mixed feelings on his counterparts. When in Asia, especially in China, everything is prepared for a guest but he doesn’t show up, he is making his host “lose face”, embarrassing him. And even if he presents a million excuses and the host understands his motives, the guest credibility is slightly eroded.

“Losing face in Asia can have a lot more consequence than momentary embarrassment. People think of you differently. Credibility erodes. Power, prestige, influence and even expectations of your abilities can decline. So, understandably the White House is likely hoping that Obama’s cancellation of a planned trip to Southeast Asia due to a Washington budget impasse is met with some understanding. It was in no way intended as a slap in the face of counterparts at this month’s Asia Pacific Economic Cooperation (APEC) summit in Indonesia and East Asia Summit in Brunei,” writes Curtis S. Chin at The Japan Times.

Is Obama handing new Chinese leader Xi Jinping a chance to fill a leadership void? In Indonesia, for instance, where the U.S. president spent his childhood years, lawmakers applauded after Xi became the first foreign leader to address Parliament (and signed deals worth billions of dollars).

“America’s on-off self-imposed isolationism could become a problem for America’s external relations with its allies, and Obama’s no-show has presented a leadership gap in Asia that needs to be filled. Countries are increasingly looking to either China or “second-hand America” by relying on Japan or Australia as close allies of the U.S. But they are no substitute to having an actual U.S. presence here,” explains Simon Tay, Co-Chair of Asia Society’s Global Council, Chairman of the Singapore Institute of International Affairs.