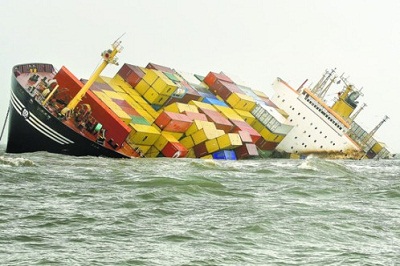 By Juan Pedro Marín Arrese, in Madrid | Analysts are busy collecting evidence for a huge recession. The 70% drop in the Baltic Dry Index, ranging now below the lowest level hit in 2009, has been hailed as the proof doomsday is looming. It seems that only bad news are taken on board, others being hastily dismissed as rubbish. Are prospects so bleak? Well, we are far from expecting a favourable year in terms of growth, that’s true. But unless an unexpected shock turns the economy in tatters, we might overcome current sluggishness sooner than omens have forecast.

So, why analysts are so keen to underline potential risks? My guess is they are betting the stock exchange to drop after the vigorous recovery in place for some months in a row. Foretelling a correction is one thing. But trying to link this rather routine event to a spell of utter misery is quite a different matter. Surely there are alternative ways to read these data. Let’s take the Baltic Dry. Charter and freight prices are indeed receiving a merciless battering. But at the same time world trade is rising, in sharp contrast with the steep fall experienced back in 2009. Don’t lose your time finding a clue for that apparent paradox. The answer is quite simple. Fleet overcapacity is pulling down freight prices.

The moral is we shouldn’t take at face value all gossips going around on a serious deterioration in global economy. For Europe, everything will depend on US performance. If growth continues across the Atlantic, we could expect a slow pick up in the second half of this year. Debt or financial crisis should not derail this trend, as long as FED and ECB pump in plenty of cash to enliven the party. Let’s hope they do not remove the punch bowl before robust growth feeds in to take over the job.