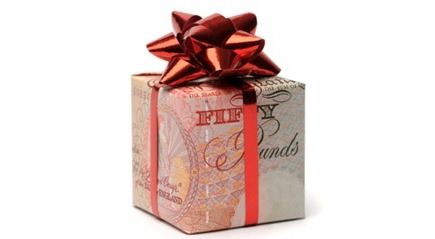 LONDON | Even those who in principle appear at ease before the Bank of England’s new printing money operation have had but an apathetic attitude. The bank’s Monetary Policy Committee voted this week to increase the size of its asset purchase programme, financed via issuance of central bank reserves, by £50 billion –to a grand yet still temporary total of £325 billion– and friends, and foes, saw it coming without quite seeing the point.

The words of Santander UK chief economist Barry Naisbitt summed up the mood in the British banking sector:

“As was widely expected after the fall in GDP in the final quarter of last year, the reduction in inflation over the past few months and the anticipated reduction yet to come, the Monetary Policy Committee voted to hold rates [at 0.5pc] and once again extend the quantitative easing (QE) programme. Markets were anticipating an increase of £50 billion to £75 billion in order to boost the economy…” A sort of been there.

Indeed, the British central bank showed some good excuses for the fresh injection. Apart from economists’ and government officials’ best wishes, last year didn’t live up to the talk of green shoots. Also, the neighbours’ panorama is less than convincing, and this is an extremely charming way to refer to the euro zone and its powerful domino effect, which goes well beyond the fluid limits of the economies using the badmouthed currency.

“Even though there are tentative signs that the economy is stabilising, the outlook is still highly uncertain. This new round of QE should help support confidence,” said Ian McCafferty, Chief Economic Adviser at the British industry organisation CBI.

But. “The direct stimulus to near-term growth is likely to be limited,” he added.

This is the consensus, in fact: the measure might not be utterly wrong, simply hopeless. Azad Zangana, European economist at Schroders, explained why:

“The increase in the Bank of England’s QE programme is worth just over 3% of current nominal GDP. During normal times, when the banking system is functioning correctly, this would be hugely positive for growth. However, as banks are being asked to deleverage, we doubt that this cash injection will prompt extra lending to the real economy.

“The UK economy remains desperately fragile, and with the outlook in Europe remaining gloomy, the latest increase in QE from the Bank of England is unlikely to reduce the risk of a double-dip recession in the near term. We expect the Bank to go for more QE once this latest round ends.”

Even the labour unions somehow agreed with the City. TUC general secretary Brendan Barber said that

“Holding interest rates and resuming quantitative easing is the right thing to do given the weak state of our economy.

“But more needs to be done to ensure that this latest injection of cash actually reaches the businesses that need it, rather than just gathering dust on banks’ balance sheets.”

It is as if the flow of those QE cash lines recurringly stopped against a knot it cannot overcome, that of the British banks’ fears. Now, are they terrified because of the uncertainty over capital reserve rules, or the certainty that their balance sheets still hoard chimeric assets –whether peripheral sovereign debt or other toxic investments?

From the Save Our Savers (SOS) campaign, Simon Rose lamented:

“Where is the evidence that record low interest rates or injecting money into the system through QE has any benefit on the real economy? On the contrary, banks and companies are simply sitting on the money… large companies are awash with cash but have no desire to invest it.”

The volume of loss that almost everybody is taking upfront would have been unimaginable just five years ago. As it stands, though, ordinary citizens are alone at the receiving end.

Be the first to comment on "Who will untie the knot of the Quantitative Easing cash line?"