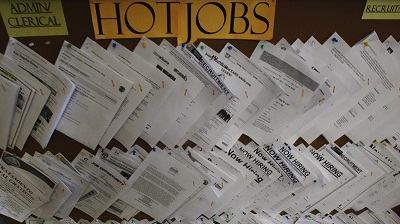 MADRID | Analysts at Barclays said Tuesday in a report that they are less than convinced that the productive capacity of the US economy, the famous output gap, is as large as the Federal Reserve believes. And the consequences of this realisation spell further trouble for any global economic recovery.

According to Barclays experts in Madrid, once investors acknowledge that China’s GDP is slowing and that the stimulus measures may even be limited by inflationary risks, once investors are aware that Europe suffers already at least a mild recession and that Germany is losing momentum while France’s presidential elections could destabilise the entire EU, that the Spanish and Italian reforms should be sharper and seek a wider impact,

“the only thing that could keep hopes alive is that the locomotive driven by Bernanke runs ahead, and that the US shows signs of recovery.”

Don’t bet just yet on it, though.

“The scenario is twisted and it looks increasingly difficult for optimists to hide their doubts about the actual health of the American economy. To the naysayers, events are gradually fitting into the puzzle.

The rise in employment numbers, the main element supporting optimistic views, must be revisited, Barclays affirms, as this increase is probably due to temporary effects like better weather rather than a real economic recovery.

“Furthermore, the improvement in weekly jobless data is explained simply because these data were left far behind those of non-farm payrolls and the unemployment data we have today are consistent with job creation of about 90/100K, which is about the outcome of this month. This month’s figures should be confirmed with that of the following months, but the question mark about the American recovery is already up.”

In any case, the evolution of bank lending and corporate earnings, most likely confirmed by the Senior Loan Officer Survey that will be released this month, suggests that the second half of the year, far from being good, may bring a reduction in GDP estimates and undo all or part of this first quarter’s growth.

And what does Barclays make of it?

“A deteriorating US macro certainly leads us to another QE injection.”

Yet, the Fed sees some economic recovery in data from the ISM or sales vehicles. Both are consistent with a moderate recovery, and therefore could not justify a QE.

What happens is that at Barclays, although taking into account a modest growth this year, analysts fear the productivity of the US economy will falter. Barclays’ position is based on a labour market that seems to have recovered in number of hours worked per week, maintaining a very low labour participation of the population while at the same time registers increased labour costs, a mixture that is improper for an economy with high unemployment rates.

Be the first to comment on "Barclays: Federal Reserve too hopeful on US productivity"