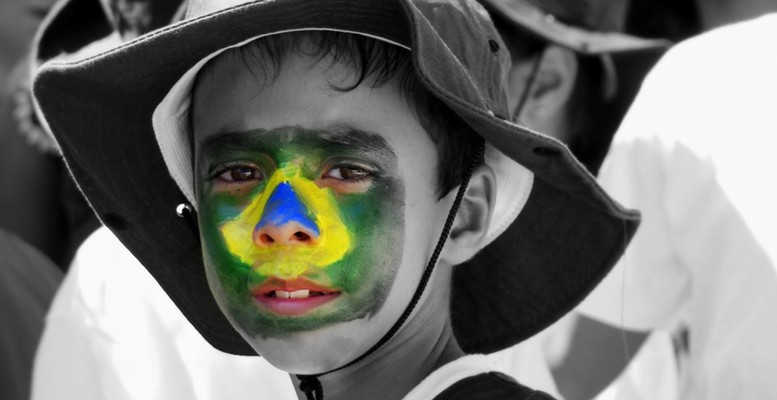 Post-2005, Brazil’s real GDP accelerated, primarily as a result of a significant improvement in capital accumulation and productivity. Latterly, the global financial crisis (GFC) and the ensuing injection of liquidity by developed economies’ central banks eased financial conditions for all emerging markets (EM) and Brazil in particular, as investors looked for higher yields across developing nations. As a result credit growth flourished, which in turn, supported economic activity.But at the time, Davradakis highligths:

Brazil accused developed economies of waging a currency war as the significant appreciation of the Brazilian real (BRL) widened the country’s current account deficit and the government had to impose financial transaction taxes in order to curb speculative financial flows.

The violent unwinding of international portfolio flows in the aftermath of the May 2013 taper tantrum and falling commodity prices triggered an unprecedented and prolonged recession in Brazil in 2015-2016, where real GDP contracted by 3.6%, after enjoying an average growth rate of 3.5% per year over the previous decade. Structural weaknesses precipitated the recession. On the labour side, supply side bottlenecks including atypically strong wage indexation, a shortage of skilled workers, trade protectionism and poor human capital creation hurt international competitiveness and resulted in the fastest rising unit labour costs across EMs1. At the same time, political uncertainty ratcheted higher, culminating in the impeachment of president Dilma Rousseff in 2015, which saw public finances derailed and the sovereign risk premium rose, which ultimately cost the country its sovereign credit investment grade rating.

Brazil’s real GDP growth is expected to average 2.5% over the next decade supported mostly by human and physical capital accumulation. As explained by AXA IM expert Manolis Davradakis:

Over the past thirty years, emerging markets in general have caught up considerably with the level of economic development in mature countries but recently the pace of this convergence has easeded. Right now, Latin America would need almost two centuries in order to reach the G7 level of economic development, twice as long as was required during the 2002-2007 period.

On top of this, significant supply bottlenecks and high corruption levels are expected to stop growth from reaching its potential. Brazil is presently ranked 81st out of 138 countries in World Economic Forum’s Global Competitiveness Report, which is lower (for example) than Mexico (51/138), due to its high tax burden and corruption. Brazil is also placed at 123 out of 190 by the World Bank’s Ease of Doing Business survey. Analysts beleieve:

We expect Brazil to exit its recession in 2017, helped by the continuous improvement in confidence, falling inflation and monetary policy easing. Inflation, which has, on average overshot the 4.5% inflation target by almost 2.5 percentage points (pp) over the past five years, is now expected to average 4.6% in 2017.

The central bank has even hinted that it will revise the inflation target downwards to 4%, which should drag inflation expectations lower, if the move is seen as credible. Moody’s revised Brazil’s sovereign outlook upwards from negative to stable and affirmed its Ba2 rating.

An upgrade, however, would require the approval of key reforms and is only likely to occur after the 2018 elections. Until then, the risks to our outlook are tilted to the downside. Already, the prosecutor general requested that the Supreme Court open 83 investigations on politicians, including cabinet members, state governors and the heads of the Lower House and the Senate. The outcome of this probe may negatively affect the still pending pension reform.