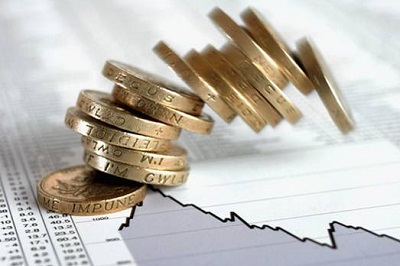 LONDON | Since the consumer price index began to record UK’s month on month inflation back in 1996, the downturn experienced in the clothing and footwear section from May to June this year has doubled the next largest decrease. The data, released Tuesday by the Office for National Statistics, brought inflation from 2.8 percent to 2.4 percent, while the retail price index fell, too, from 3.1 percent to 2.8 percent.

Figures contradicted City expectations of no change and hopes of a more stable standing for the British economy. Because, although the fall in the price of petrol and diesel made a significant contribution, clothing and footwear have carried the main responsibility for the overall depression.

“The UK’s inflation rate is only just beginning to reflect the weakness in the economy,” Schroders’ Europe economist Azad Zangana said today.

“Past increases in taxes have caused a squeeze on household spending power, which in turn is forcing retailers and service providers to scale back price increases.”

At currency broker HiFX, Andy Scott also commented that the contraction in inflation numbers spells trouble for the country’s economy and feeds back the Bank of England’s decision of injecting £50 more billion earlier this month into the monetary base via its Quantitative Easing mechanism. In fact, at HiFX analysts believe the central bank could engage in monetary expansion again this summer.

The somehow unexpected correction of the inflation is obviously raising concerns over the economic recovery in the UK, but it’s worth noting that the Office for National Statistics has had problems reporting price information when retailers use heavy discounts during the  ‘sale season’. This fall might in the end turn out to be a simple blip in the data.

Schroders economists, though, do not feel confident and agree with the need for further central bank intervention:

“Overall, the latest inflation numbers help justify the Bank of England’s decision to expand its Quantitative Easing Programme, and could even lead the Monetary Policy Committee to add further stimulus in the future.”

There are other data that give grounds to this uneasiness. According to the Bank of England, the British borrowed through their credit cards £70 million more in June than in May, and new unsecured borrowing outstripped repayments reached £732 million against the £403-million average of the previous six months.

“The trends reflect that households are having a pretty tough time at the moment. In particular, the periodic increases in average household debt suggest that people are under pressure and are having to fall back on credit to get through the month.”

The government has so far printed £325 billion using the Bank of England to breathe new energy into the island’s economy. But the one-trick policy is showing its limitations.