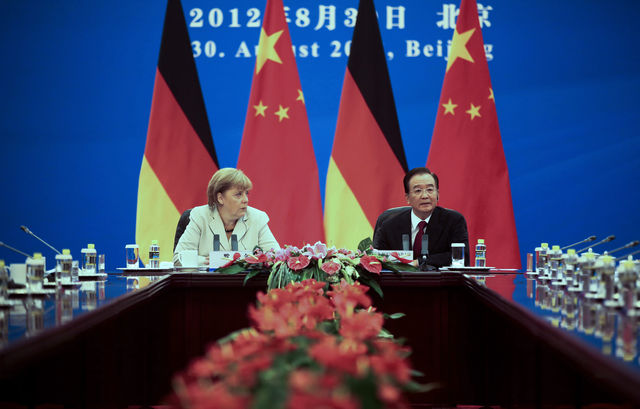 Posted By: The Corner 3rd September 2012 BEIJING | The world was confident about China. She was expected to be the engine of growth of the world economy. The remedy against the bitterness that surrounds Western markets. The fear of a hard landing is part of the subconscious of many experts but there is still confidence that the second world’s economy will manage to land softly.

Opinions are divided: Pessimists predict a greater slowdown within the following months. Conversely those who feel more optimistic see in the current situation a turning point that will eventually lead to further growth caused by stimulus plans. The figures for the second quarter of 2012 created alert this summer. A GDP growth of 7.6% from April to June, the lowest in the past three years, shows that things are not going the way the Communist Party desired. A consequence of an ailing model unsustainable due to a lack of domestic consumption and a serious fall of exports.

The national newspaper China Daily acknowledged last month that data was showing a negative trade growth with Europe. The news came shortly after the International Monetary Found’s (IMF) alert on China’s “key risks” against the European crises. According to the organization, such a threat could worsen due to the internal challenges China has long been weathering. These are tough times for Chinese consumers. In China the cost of life is expensive. Specially in big cities where property prices are way too high compared to the rather low wages. China might have the fiscal tools and room for manoeuvre to weather the crises, as the IMF said. But if Europe were to collapse, it will have to sail alone to reflate the economy.

Nevertheless, these are sensible times and balancing acts are not admitted. Statements such the IMF’s predicting an eventual drop of growth to a 4% if China were not to react promptly, are bad news for a government which is due to orchestrate it’s meticulous once-in-a-decade leadership transition. China’s Prime Minister, Wen Jiabao, is well aware of the volatility of this crucial moment with some of his rather pessimistic (or realist) outlooks. He has recently acknowledged that pressure is mounting making it difficult for the economy to recover. Nonetheless, Wen Jiabao feels confident:

“We have the conditions and capabilities, and will be sure to fulfil this year’s economic and social development targets”, he asserted.

China blind trusts in growth figures. Take the already dismissed miraculous 8% GDP growth. IMF’s alert reminds China that global conditions changed. If Europe collapsed, China could miss the tools to face the serious social consequences attached to it. Something that would also hamper China’s role as the global engine of growth.

Be the first to comment on "China, alone in the dark"