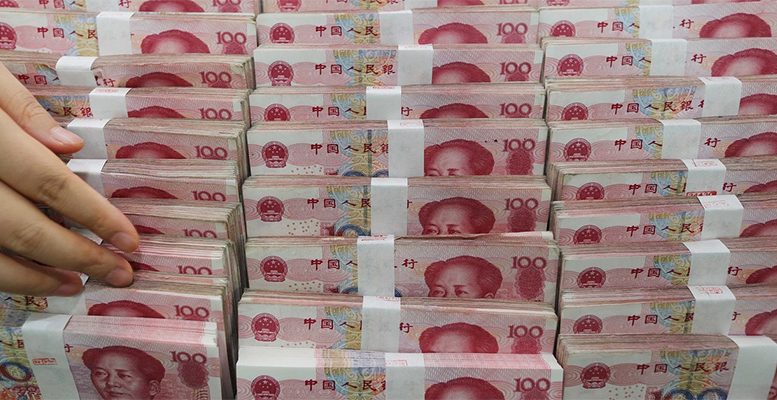 Peng Qinqin, Wu Hongyuran and Dong Tongjian via Caixin | China’s first sale of sovereign dollar bonds since 2004 was met with a strong investor appetite, even absent a credit rating, suggesting confidence in the country’s economy, according to bond-market analysts.

But it also raises a question: Is China creating new rules for the game?

More than 300 investors poured in $22 billion to purchase China’s sovereign dollar-denominated bonds on Thursday, a demand 11 times the deal size.

This is the first time China has offered sovereign dollar bonds without a rating. It comes after global ratings agencies Moody’s Investors Service and S&P Global Ratings downgraded China’s sovereign credit rating by one notch in May and September, respectively, both citing rapid debt accumulation.

China’s finance ministry said on Tuesday that raising funds was not the main purpose of the issuance, as China expects sustained economic growth and has sufficient foreign exchange reserves. The offering of dollar bonds will boost the variety of financial products in the global capital market, the ministry added, and help further open China’s financial system.

Among the foreign investors were Pacific Investment Management Company LLC, a California-based investment management firm; giant American asset manager Invesco Ltd; and one of the world’s largest asset managers, BlackRock Inc., according to people familiar with the matter.

Head of Asia bond syndicate at Standard Chartered Bank, Li Chao, told Caixin that more than 70% of the bond investors were foreign asset managers, including some sovereign wealth funds.

“It might be a challenge for some investors to buy unrated bonds, but to this dollar sovereign bond, rating is not a big concern,” said Jethro Goodchild, head of Asian Credit at Aviva Investors Asia, an asset management company.

Li said demand for the bonds stems from confidence in China’s economic growth, which many investors believe is even stronger than countries with a triple-A rating.

The demand also suggests that China would be able to build its own yield curve of bonds denominated in the dollar if it would regularly issue sovereign dollar bonds, which would reduce the impact of the benchmark U.S. Treasuries upon pricing, said a bond investor from an asset management firm.

The head of the ministry’s finance department, Wang Yi, told investors in Hong Kong on Wednesday that whether China is going to be a regular issuer in the non-yuan bond markets largely depends on the country’s future financing demands.

Given the strong appetite, some market participants wondered whether credit ratings would play a less important role in future sovereign bond offerings from China.

A reliable rating would help bond issuers attract more investors, particularly those who know little about the credit quality of the issuing entity, said a senior analyst from S&P Global Ratings. But he added that rating is not the only factor in pricing a bond.

“Vibrant trading and a good price already prove that the market has given the sovereign bonds a rating of its own,” the analyst said.

An analyst from Moody’s suggested that the offering of sovereign bonds without a rating by global agencies is a behavior “with Chinese characteristics.” He suggested that China may encourage other issuing entities — especially state-owned enterprises and local government-financing vehicles — to follow suit.

But some investors don’t believe that China is able to create new market rules.

“It would seem to be quite difficult for China to expand the investor pool of its dollar sovereign bond without a rating,” said a foreign fund manager.