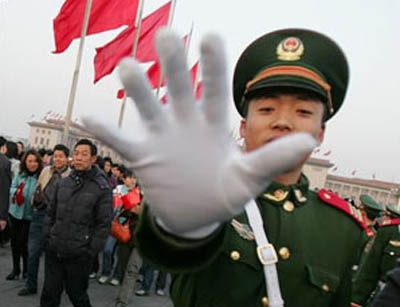 BEIJING | The option that Chinese economy is in a more severe slowdown than the one officially acknowledged has always been in the international community's subconscious. Economists and experts have been aware of a well known, but not so evident, truth where the usually optimistic official data might not be completely reliable. The debate is open, making it difficult to identify the actual reach of the economic consequences born out of a West plunged in a severe economic crisis.

International media outlets have quoted the article recently published by The New York Times on a likely manipulation of economic indicators by local and provincial officials. The aim of such an operation is to present the central government positive reports that show the economic progress of their respective regions. Furthermore they expect such reports to boost their management skills in a moment of leadership change.

The energy consumption in the country is usually used as a reliable indicator when the data provided by governmental agencies (The National Bureau of Statistics, in China's case) is not trusted. But even in this particular case the source is not trustworthy because provinces are sending exaggerated data to central institutions. Meanwhile, coal is piling up in main ports because electrical plants do not need to burn as much mineral as they used to due to the lower energy consumption. In Beijing, experts such the former economist of the World Bank, Justin Yifu Lin, maintains that the country will keep its 8% GDP growth for the following 20 years.

Do they make such statements according to the facts or is a form of unreal optimism because they are interpreting unreliable data? A divergence on points of view that seems to follow an ancient Chinese saying: “the mountains are high and the emperor is far away.” They are that far that even in 2007 the expected future prime minister of China, Li Keqiang, distrusted growth economic indicators

by saying they were ” 'man-made' and therefore unreliable”, according to reports.

Nevertheless, while local leaders are making efforts to keep Beijing away from their regions, HSBC's PMI stays below 50% for the 8th consecutive month. On the other hand, China’s GDP is expected to grow below the 8% in 2012. These figures by themselves are a proof of the country's slowdown.

The Communist Party is already taking measures to avoid the fall in exports and investments to result in a hard landing of its economy. For instance, the announcement at the beginning of June to lower interest rates; or new stimulus programs that remind those of 2008. Justin Yifu Lin, as quoted by the official China Daily, urged the government to play a proactive role in selecting key industries, as well as facilitating their development in order to stimulate the economy in the long term. If they were to listen the advice, the world's second economy would easily avoid the mistake of undertaking the deadly stimulus programmes that lead to today's structural economic problems suffered by the economy.

Experts are confident that Beijing learnt the lesson. They, for instance, see the decision of allowing banks to be flexible with interest rates as a liberalisation of the system. Reforms that would stimulate domestic consumption in the long term but which might be useless if China were to face a hard (and not soft) landing. According to Forbes, HSBC's PMI is the lowest since March 2009. A bad sign for a politburo whose main priority is to stabilise growth in order to avoid social instability in a sensible period of leadership change. Something that gives little room for financial reform. Specially if local leaders see lack of transparency and data manipulation toward the Central government the key to ensure political posts and commissions.

In a situation of economic slowdown, the emperor might be far away but the mountains might not be that high. Which means that the domino effect caused by the lack of transparency could be contagious. A fact well known by the United States and Europe.