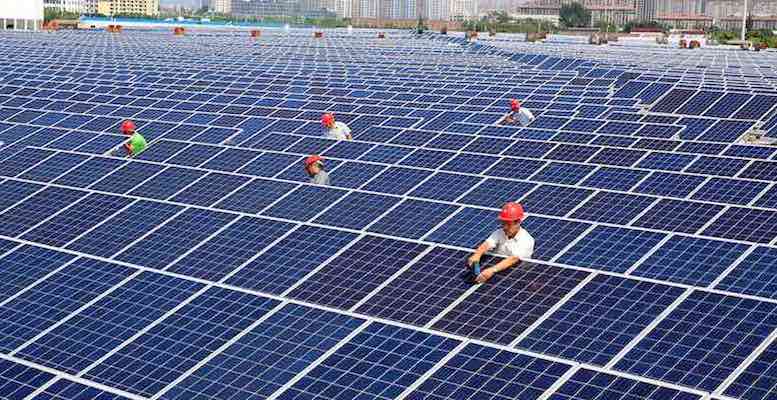 Chinese workers install solar panels on the rooftop of a building at a textile factory in Nantong city, east China's Jiangsu province

Portocolom AV | The investment community has flocked to invest in the renewable energy sector in order to support energy transition. In the period 2004-2017, global renewable energy investments grew from $37 billion to $331 billion, with the largest investment in wind and solar power. While this is good news, it is critical that governments, companies and investors ensure the transition is just and does not come at the expense of people or the planet.

China currently dominates the solar industry, with Chinese companies controlling around 80% of the global solar supply chain, from raw material refining to panel production and assembly. In 2020, 45% of the global supply of poly silicon, the key refined material that comprises 95% of solar panels, came from China’s Xinjiang Uyghur Autonomous Region. The governments of the US, UK, Canada and the Netherlands have declared that China has committed genocide and crimes against humanity in its treatment of Uighurs and other Muslim-majority peoples in Xinjiang. A recent report by the Helena Kennedy Centre at Sheffield University traced major solar energy supply chains, from raw materials to panel production, and found significant exposure to forced labour. The International Labour Organisation defines forced labour as work that is performed involuntarily and under threat of any penalty. It refers to situations in which people are forced to work through the use of violence or intimidation, or by more subtle means such as a manipulated debt, withholding of identity documents or threats of reporting to immigration authorities. The report also reveals the harmful environmental impact of solar panel production in the region. To create poly silicon for solar panels, raw materials must be purified at extremely high temperatures. As more investors flock to ESG investment and seek renewable energy opportunities, they may be unaware that they may be inadvertently contributing to dangerous carbon emissions and human rights abuses.