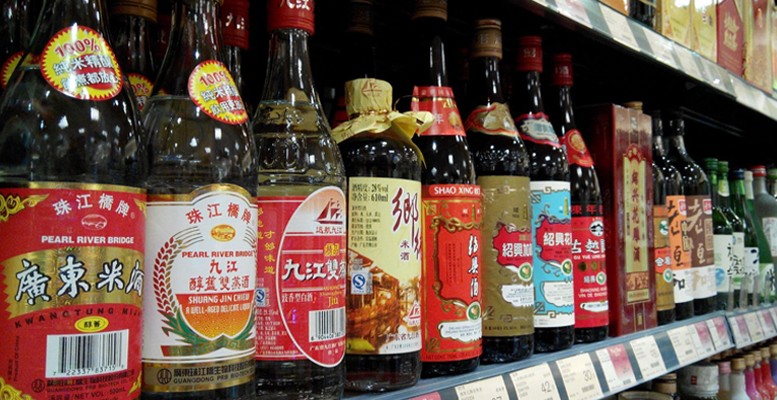 At least 51 distillers have added doses of Sildenafil—the generic name for Viagra—in their spirits, according to the State Food and Drug Administration, reported the Financial Times.

Sildenafil is the hypertension drug that became a worldwide best-seller under the brand name Viagra when it turned out to be effective against erectile dysfunction.

Which means if you’ve been looking for an excuse to try China’s most popular drink, now’s the time to get it on.

Citizens typically take food adulteration very seriously in China, where dairy makers added the chemical melamine to milk in 2008, resulting in the death of six infants and illnesses in hundreds of thousands of others, said the Wall Street Journal.

But this time, many are showing rising support for the product rather than taking a hard line against it.

“Please buy me a few bottles,” one social media user wrote on Weibo, in response to an article this weekend on the latest distillery to get busted.

For the uninitiated or simply unsuspecting, baijiu is an acquired taste.

On its own, it’s one of the stiffest cocktails known to man—at 120 proof, often likened to drinking lighter fluid, paint thinner, rocket fuel or worse.

If you’re not ever so careful, a sniff test will blow your brains out.

“It’s hot enough to make you clutch your chest, setting your mouth, throat, and nasal passages aflame before leaving you with its lingering taste: the sweet funk of fermentation,” wrote Angela Tchou in Serious Eats.

Now, as if nausea, flushing and bleeding from your nether regions wasn’t bad enough, Viagra-spiked baijiu can cause sudden vision loss in one or both eyes and sudden hearing loss.

Oh, yeah. Or an erection that lasts more than four hours, a condition which requires immediate medical attention to avoid unspecified permanent damage, according to safety information at the Viagra website.

Law enforcement officers confiscated 5,357 bottles of the suspect products, 1,124 kg of raw alcohol and a batch of white powder labeled Sildenafil, in a case worth more than 700,000 yuan (US$112,726), according to a statement posted by the Liuzhou Food and Drug Administration on its website on Saturday, Reuters reported.

The products were all marketed as having health-preserving qualities, it said.

Another claimed to be made with “Chinese herbs.”

According to an FT report, the national safety regulator has ordered all producers of health tonics and mixed alcohols to conduct “comprehensive self-checks” and pull products containing Sildenafil by August 15.

It is assumed that those who do not comply will face stiff penalties.

Sales of the little blue pill in China rocketed by an impressive 47 percent last year, a surge attributed to drug company Pfizer’s hard-pushed educational campaign about erectile dysfunction in the country, noted Shanghaiist.

For reference, doctors recommend should only take only one dose of Viagra a day, with a lower dose for those over the age of 65.

Food safety watchdogs fear the first death from an overdose by an overzealous senior—a man conditioned over a lifetime to ingest mass quantities of baijiu, for example, could easily take the equivalent of 12 pills and his wife could die.