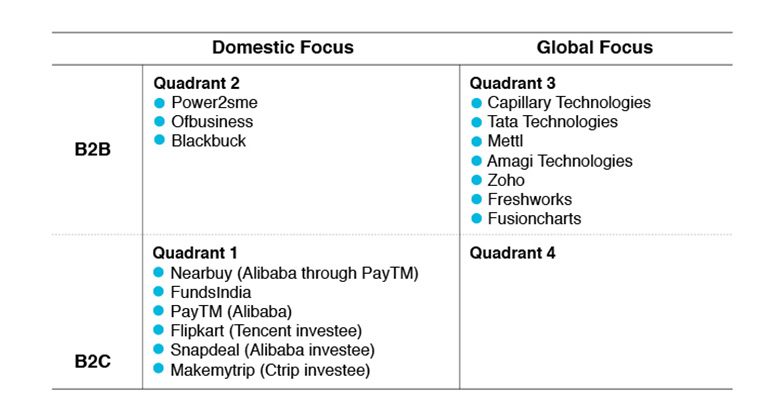 S. Ramakrishna Velamuri via Caixin | A leading Indian business daily reported on March 6 that Chinese corporations had made investments of $5.2 billion in Indian early- and growth-stage companies in 2017, and the figure for the first two months of 2018 had already crossed $1 billion.

There are a number of reasons why the Indian technology entrepreneurial ecosystem presents attractive opportunities to Chinese strategic and financial investors. First, the Indian economy has grown at an average rate of 7.1% over a 20-year period from 1997-2017. The major reforms undertaken in 2016 and 2017, such as demonetization, the Goods and Services Tax, the introduction of the Insolvency and Bankruptcy Code, and the recapitalization of the banks could further accelerate growth. Second, India is the only country that can offer Chinese investors a market similar in size to their domestic market. Although Indian consumers’ spending power is yet to reach the level of their Chinese counterparts, the continued growth of the economy will narrow the gap over time. Third, in the Indian technology ecosystem, while certain verticals such as search and social media already have strongly entrenched U.S. competitors (Google and Facebook respectively), there are others such as ecommerce, the sharing economy and online gaming where Chinese companies can still build strong market positions.

China and India have followed different approaches towards developing their technology ecosystems. China has promoted the emergence of strong national champions such as Baidu, Alibaba, Tencent, JD.com, Meituan-Dianping and Ctrip, with two of them (Alibaba and Tencent) being among the ten most valuable companies in the world by market capitalization at the end of 2017. India, on the other hand, has allowed foreign competitors to freely enter its market. It is difficult to say which of the two approaches is better over the long term. Whereas China has a dynamic technology ecosystem that dominates its domestic market, Indian technology companies seem to be better connected to the global ecosystem. With the exception of hardware companies such as Huawei, ZTE, Xiaomi, Oppo, Vivo and OnePlus, Chinese technology giants have struggled to produce organic growth outside China.

It would be fair to say that the Chinese giants have shown the greatest interest to date in investing in Quadrant 1 companies in India. Their goal is to support these companies through the capital and knowhow that they have acquired in the highly competitive Chinese market over the past decade. They have almost completely ignored companies in Quadrants 2 and 3.India has built a strong international reputation in enterprise technology over three decades by providing information technology (IT) solutions to U.S., European and Japanese companies. Several million IT engineers have honed their skills in developing solutions for the financial services, manufacturing and services industries. In 2017-18, IT exports totaled nearly $130 billion, employed about 3 million people directly and about three times this number indirectly. In India today, there are software engineers at different levels of seniority who are highly experienced in understanding enterprises’ needs and providing tailored solutions. This pool of qualified talent has started to transition into developing IT products and platforms both for the domestic and global markets, and some of the examples are listed in Quadrants 2 and 3 of the above figure. According to a study by IT industry association Nasscom and Zinnov, 40% of India’s startups are in the B2B space.

There are two ways Chinese corporations can benefit from India’s B2B ventures. The first is purely as financial investors who seek a high return on their investment. Valuations are likely to be far more attractive for B2B firms than for their B2C counterparts and the path to profitability is likely to be far shorter. The second is by working closely with these ventures to enhance their own domestic and global competitiveness. Whereas China overtook the U.S. in consumer technology spending in 2016 (according to the South China Morning Post), it is significantly behind in enterprise technology: Forrester predicts business and government expenditure on technology goods and services in China to be $234 billion in 2018 compared to more than $1.5 trillion in the U.S. India’s expenditure, at $70 billion, trails China’s but is higher as a percentage of gross domestic product and is growing faster. The U.S. and Indian technology ecosystems are deeply interconnected, with most U.S. technology companies having a significant presence in India to tap into the latter’s huge and inexpensive talent pool. Partnering with Indian IT products and services companies can enhance the productivity of China’s spending on enterprise technology. Chinese companies going global can also benefit from the Indian IT service industry’s global footprint. Artificial intelligence and data analytics would be other interesting areas to explore by Chinese corporations. In summary, while the B2C ventures will no doubt benefit from India’s future growth, it would be a mistake for Chinese corporations to continue to ignore B2B ventures.