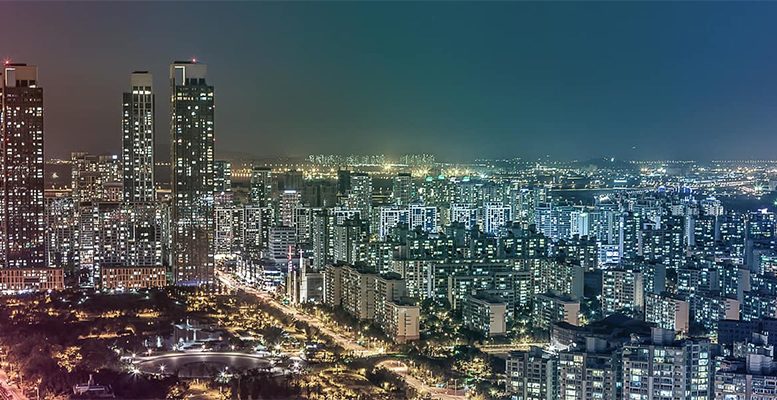 Smart cities, the technology of the cities

Glen Kuecker and Kris Hartley | In October 2016, at the World Urban Forum 8 in Quito, Ecuador, UN Habitat launched its third planning cycle with Habitat III, now known as the New Urban Agenda. The agenda defines the work of the global urban community until 2036, by which time humanity will be well on its way to an estimated 2050 population of 10 billion — two-thirds of which will be urban dwellers. The New Urban Agenda established an ambitious and aspirational plan for how the world will manage the intensified process of what French philosopher Henri Lefebvre, writing in 1970 termed, “planetary urbanization.”

Habitat III was part of a larger process within the community of experts and practitioners working on the great problems of the 21st century: climate change, energy transition, food and water insecurity, demographic shifts (growth, aging and urbanization), pandemics, ecological degradation, economic stress and political instability, among others. Prior to Habitat III, their ambitions constituted what is known as the post-2015 development agenda. The year 2015 was significant because it marked the renewal and reinforcement of several key development agendas. The first was United Nations International Strategy for Disaster Relief’s re-worked disaster risk reduction platform, the 2015 Sendai Framework, followed by the Sustainable Development Goals (SDGs) in September 2015, the Paris Climate Agreement in December 2015 and, ultimately, Habitat III in October 2016.

Many see the New Urban Agenda as the key to humanity’s ability to weather a perfect storm of global crises. As the roadmap for surviving the 21st century, it carries an immense burden, and those working to make its vision for inclusive and sustainable urbanism a reality must contemplate a wide array of wicked problems. At Quito, however, it became clear to many observers that the New Urban Agenda was a mile wide in ambition, but not even an inch deep with concrete plans for implementation. Session after session deferred the tedium of substantive action by insisting that the work ahead was to figure out how to implement the fine words of the document. That work would be undertaken in Kuala Lumpur, at the World Urban Forum 9 in February 2018.

The task of the forum was to figure out how to implement the New Urban Agenda. The forum focused on the SDGs, especially Goal 11, which aims to “make cities inclusive, safe, resilient, and sustainable.” It was an appropriate focus for a gathering of the world’s city-engaged human development experts and practitioners, providing a place to compare notes, promote best practices and network. This, however, is not the full story.

The plausible, if skeptical, take is that World Urban Forum 9 was about reproducing a development agenda deeply entrenched in the Washington Consensus values of market liberalization and institutional commodification. The presence of experts who ostensibly control the knowledge behind the agenda added a whiff of legitimacy. The program featured a dizzying array of workshops that had the common narrative of “hearing from the audience” and fostering “participatory development.” However, the content and many of the messages appeared to be driven by funder or grant mandates. Left wanting, in many cases, were those who came to learn something practical: how to provide water in informal settlements, how to prepare for climate change or how to improve waste disposal.

Many sessions had a neo-colonial atmosphere as representatives from the privileged global minority — heads of agencies, NGOs, research institutes, graduate programs, corporations and financial institutions — chaired sessions and monopolized talk time. It was a scene profoundly reminiscent of the global development process of the past half-century.

A new development at World Urban Forum 9 was the emergence of smart cities as a meta narrative for the New Urban Agenda’s implementation. The forum featured a proliferation of sessions about smart city technologies, plenary speakers dropped the term as the gold standard in sustainable and inclusive urban planning, and many exhibition booths featured strident declarations about the intersection of green, smart and inclusive — all underpinned by the vast potential of technology. Considering that Habitat III’s New Urban Agenda scarcely mentions smart cities, the term’s ubiquity at World Urban Forum 9 merits some contemplation.

Smart cities have abruptly appeared on the agenda for a combination of reasons. First, the world’s urban pontificators — a faddish lot — need a flashy concept to embody the implementation solution for the New Urban Agenda. Second, in its ambiguity the smart cities concept has become a canvas onto which many agendas are splattered. This versatility makes smart cities more a convenient placeholder for a normative vision of 21st-century urbanism than a substantive solution that can be implemented. Third, and perhaps most importantly, smart cities are where the big money is flowing. Cisco Systems, Microsoft and Google, among many other corporate players, are all committing to smart cities, and they stand to capture a growing piece of the speculative capital that sloshes around the global markets.

One panelist representing an association of urban designers reported on a meeting he had with Google and Microsoft. The technology giants told him that they were going to build smart cities with or without the planners, designers and policymakers. Smart cities are the new avenue for speculative investment, what Lefebvre once called the “secondary circuit of capital.” Hot money from the information technology sector is converging with the same in real estate, a match made in shareholder heaven. Capital manages to reproduce itself because of, and even in spite of, global crises in climate, the economy and socio-economic inequality.

In Kuala Lumpur, World Urban Forum 9 delegates demonstrated great facility engaging the smart city narrative. A running theme: By embedding emerging technologies such as the internet of things into the fabric of urban infrastructure, cities will become more efficient. Some delegates even elevated these claims to argue that technology can facilitate empowerment and reduce social and economic barriers. Such propositions — more acts of faith than proven formulae — were articulated in sessions long on rhetoric but short on evidence. There appeared to be little concern that the mistakes of planning and policymaking — constant across the many fads of 20th-century development history — would be gleefully repeated.

Data about improved efficiency is punchy, intuitive and convincing at the surface level. What is needed now is a follow-up conference to address basic questions about the context of such efficiency. Technocratic approaches apply meaningfully in service-related issues such as energy reduction, water conservation and transit reliability. However, deeper social issues are rarely described in terms of efficiency. What efficiency will technology offer to address day care for children, health care for the elderly, food for the hungry or housing for the slum dwellers? Will smart cities precipitate what Steve Hallett calls the “efficiency trap,” where increased efficiencies result only in greater consumption that undermines broader social, environmental or economic progress?

Urban efficiency can also be considered through the perspective of Joseph Tainter’s Collapse of Complex Societies, which exhibits how adding complexity to an already complex system results in diminishing returns, accelerating unsustainability and ultimately collapse. Echoing this concept, Thomas Homer-Dixon’s Ingenuity Gap argues that technological fixes — such as the smart city solution for the New Urban Agenda — make a system more complex, resulting in “wicked problems” that require ever more extensive technological remedies. This cycle continues until society reaches a threshold gap in technological capability; human ingenuity would fail to solve the wicked problems created by previous technology iterations. Each iteration must one-up the previous to stay ahead, but as in a Ponzi scheme, the material obligations are deferred to a later time — or a better technology.

Most importantly, lurking within the World Urban Forum 9’s void of deep meaning are distributional questions about efficiency. Who wins, and who loses? Should we view smart cities, like South Korea’s Sondgo City, as the boutique urbanism of 21st-century fortress communities, protecting the global minority from a perfect storm of climate, economic and security crises? What does smart city efficiency mean for the global majority, including one and a half billion slum dwellers? Do smart cities represent a more efficient mechanism of marginalization and exclusion, even in service to the New Urban Agenda’s vision of inclusive and sustainable urbanism?

We call on more critical discussions to understand smart cities in their broader systemic context. Their promise will be realized only when smart cities prove that their social value is greater than their political worth as mayoral playthings or their economic worth as a fleeting market fetish.