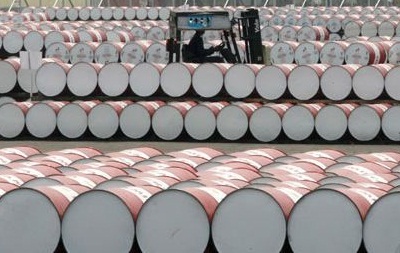 By Carlos Días Guell, in Madrid | In the Middle East, drums of war have for months now been sounding and this has triggered potential risks that could push oil prices higher than ever seen before. The worst scenario, though the least likely, would be one in which the tensions between Iran and the West rise to such an extent that the Strait of Hormuz is closed and oil supplies cut. The last time something similar happened, the Gulf War 1990-91, oil prices almost tripled.

With this option at play and using econometric models recognised worldwide, an equal price hike in the second half of 2012 would lead to crude oil prices peaking at $200 per barrel of Brent in the fourth quarter of this year, falling thereafter to close in 2013 at $120.

Along with rising prices, there would be a rise in risk aversion, which we believe would cause the stock market falls and an increase in corporate funding costs.

According to this econometric model, the most affected among the advanced economies would be the US: its GDP would grow 1.6% less than in the baseline scenario for 2013 (which the Obama administration would attempt to compensate with more monetary and fiscal stimulus). In the United Kingdom, the consequences would be somewhat lighter, but strong enough to cause a slight recession. In the euro zone, the effects would be even lower due to lower oil intensity of use. However, due to weaker central scenario, it would be sufficient to exacerbate and lengthen the recession in 2013, and under the circumstances of the euro zone it could have deep implications.

It is interesting to isolate the results of rising oil prices on GDP through the fall in real consumption. This assumes that no saving measures or fiscal or monetary stimulus would be at hand and then it is calculated the sensitivity of consumption to the increase of oil given the weight of the total energy consumption and given the weight of consumption to GDP. By doing so, we prove that the US is the most vulnerable country to rising oil prices: an increase of 10% in WTI would mean a fall of about -0.9% in consumption and a -0.7% fall in GDP in 2012 , while in the EMU the effect on consumption would be  of -0.6% and -0.3% in GDP, and in Britain, – 0.45% and -0.3% respectively.

Although these figures are not to be taken without caution, is evident the extra effort needed to support the three areas in terms of increasing the savings rate and/or support demand through policies if faced with a serious conflict in the Gulf, an extra effort that given the limited room for maneuver seems quite impossible.