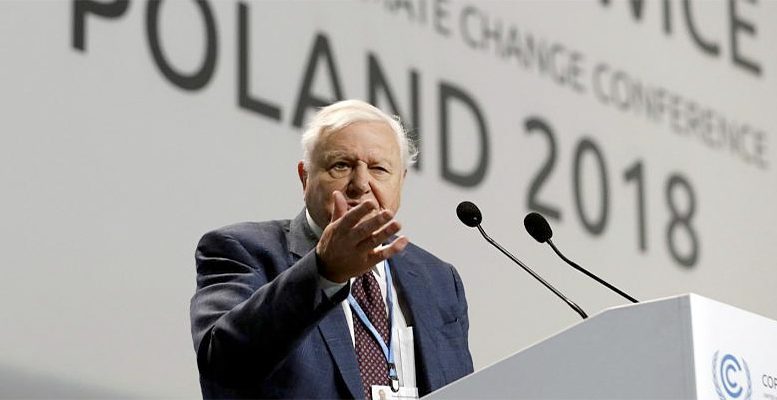 Aurelie Charles via The Conversation | When the broadcaster and naturalist David Attenborough launched the latest UN climate talks, COP24, he called for ordinary people to get involved, add their voice, and “take their seat”. A series of #takeyourseat videos were published, featuring people around the world discussing what climate change meant for them. This was a sign of something new at this COP.

On Friday, its closing day, a Swedish school girl called Greta Thunberg called for a global climate strike and urged policymakers to hear the voice of the youth. Our children will suffer the consequences of the past actions of their elders and their current lack of climate action. So was the “people’s voice” truly included in the climate talks, or was it still business as usual?

One way we can assess this is by looking at some of the pledges to emerge from the conference. In the final days of COP24, for instance, EU members and scores of developing countries pledged to toughen their existing commitments to cut emissions through enhanced Nationally Determined Contributions (NDCs). The NDCs are simply the post-2020 climate actions that nations intend to implement to meet the long-term goal set by the Paris Agreement.

Yet, as the talks were taking place, references to human rights in the planning of NDCs were removed by negotiators, including US and Saudi Arabia. This is worrying for climate justice and human rights in general. And it’s particularly worrying for indigenous people, who have hands-on knowledge of the functioning of the natural world and who are often put in jeopardy for the benefit of private interests extracting natural resources.

One problem with the power of financial resources is that they give a fake sense of legitimacy to the use of scarce natural resources. Because I pay, runs the argument, I can use it, and the act of paying detaches me from the consequences of my consumption. Hence, there is an urgent need for policymakers and those involved in financing climate to get rid of that sense of legitimacy.

Another element of the pledge is to bring in rapid change by broadening the “coalitions between governments and non-party stakeholders”. But who are the stakeholders? Who appoints them? Who are they accountable to and can we be sure they are genuinely committed to fighting climate change? Undermining the voice of the people is a key element in the failure of top-down policies to bring successful, rapid, and sustainable positive climate actions.

One way to push for more action on climate change is to empower women. And indeed, over the two weeks of COP24 meetings, we did hear the voice of women such as Joanna Sustento, a climate activist from the Philippines. Sustento lost many family members to Typhoon Haiyan in 2013, and is now fighting to hold 47 fossil fuel companies responsible for nearly a quarter of all greenhouse gases, accountable for deaths related to climate change

We saw at the meetings the commitments of major organisations and development banks to divest from fossil fuel. But whether it will turn into further green washing, feeding speculative bubbles in financial markets again depends on that sense of legitimacy.

We also heard the voice of Greta Thunberg, who created a global climate strike despite being herself at the margins of society because she is young, female and has Asperger syndrome. The elite of this world, flying high on corporate benefits and air miles, would do well to listen to the children that are now crying out for action, and to the little voice of the child they once were.