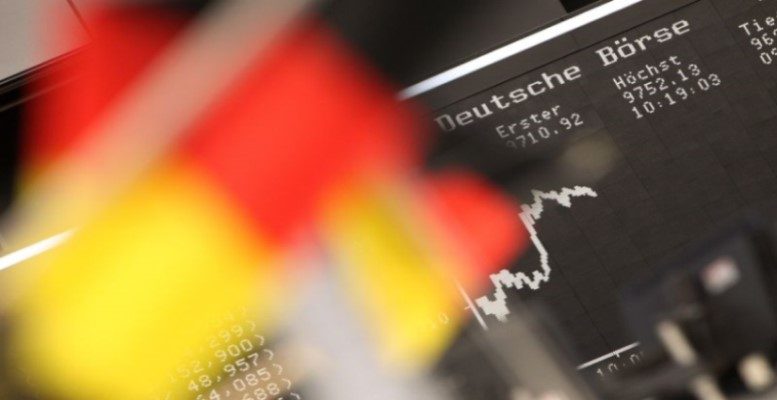 The German bond pays less than 0.4% of interest

During the first decade of the Euro, there was no significant divergence between the returns on public debt in the Eurozone and the US. From levels of approximately 5% for 10 year bonds at the beginning of the millennium, they fell moderately to close to 4% when the global financial crisis broke out. Then investor flight towards what were considered safer refuges in an uncertain situation (German and US bonds) began to generate significant differences in returns. From 2010, with the Euro crisis provoked by serious imbalances in the public accounts of Spain and Italy, a significant divergence began to be observed in the internal rate of return (IRR) on bonds. While the IRR of periphery government bonds (Spain and Italy) rose significantly (to levels of between 6% and 7%, not seen since the end of the last century), the returns offered on bonds considered “safe”, like US and German bonds, fell to levels between 1% and 2%.

The intervention of the ECB in sovereign bond markets (through cutting interest rates and buying assets) stopped the rise in the IRR of the periphery countries, Spain and Italy. But it didn’t stop the flight to what had become the main asset of safety, German bonds, whose IRR continued falling until the nominal returns were negative. And beginning to mark significant differences with the classic asset of safety, the US bond, which always maintained returns of around 2%.

In short, the difference in returns on sovereign bonds were minimal between 1997 and 2009 (never more than one percentage point), and experienced a marked increase in the periphery countries between 2010 and 2013 (Spain and Italy had to pay much more than the US and Germany, who continued to maintain minimal differences between their respective sovereign bonds).

From 2014, a completely new phenomenon began to be produced: the appearance of a significant difference (of more than 1%in IRR on ten year bonds) between German and US bonds. This difference has increased significantly in the last two years, resulting from an increase in the IRR for US bonds (consistent with the increase in Fed interest rates), which has not been accompanied by an increase in the returns on German bonds.

That the long term bonds (short term bonds are more conditioned by interest rate intervention policies of central banks) of two countries with equal solvency offer significantly different returns is abnormal, which could only be justified if the long term inflation expectations (and with them, the parallel variation in exchange rates these bring) are very different.

The current situation is the following: a bond investor who wants to lend with complete guarantee that the principal and interest will be paid, who wants to leave his money in the hands of a borrower of maximum solvency, has two options: buy US bonds or buy German bonds. Both will pay the interest punctually and return the principal.
The difference in the interest paid, however, is notable. The US bond pays more than 3% per year, while the German bond pays less than 0.4%. Over 10 years, the difference in the interest paid would be over 30%. This implies that, running the same risk of non-payment (practically zero, given the maximum quality rating of both countries), it seems absurd to opt for the German bond.

Only an expectation of a marked revaluation of the euro against the dollar could explain this behaviour. In other words, someone who buys US bonds would only lose against someone who buys German bonds (if they maintain the same maturity in both cases) if, within 10 years, the dollars that were returned to him had devalued 30% against the euro.

It doesn’t seem that the expectations of inflation differential (a higher inflation in the US than in the Europe would cause the dollar to depreciate) are of such a magnitude to justify this difference. In fact, the quoted inflation rates (implicit in the difference in returns offered by bonds linked to inflation compared to simple bonds) suggest similar expectations (slightly higher in the US, but of the order of 0.5% per year, not the nearly 3% difference which the German bond is offering compared to the US bond).

In the end, the low returns in absolute terms (and above all, relative to an issuer of equal solvency, like the US Treasury) of German bonds can only be explained because it continues to function as a safe refuge for those fearful of an eventual break up of the euro. And we can see that it is so because in every political crisis, like that we have experienced in Italy, we observe how the risk premium increases, both because of the increased demand for returns from the country whose risk is seen as greater (Italy), and because of the returns offered by German bonds. Before the Italian elections the IRR of German bonds had risen to reach levels above 0.75%, and have fallen again to levels close to 0.3% in recent months. The doubts about the euro were reflected, in the worst moments of the crisis of confidence in the single currency (2010-2013) in an increase in the returns on periphery country debt. But, the fact that Germany continues to maintain an IRR so low, shows that the doubts about the single currency have not completely disappeared.

This weighs in a determinant way on the perception of risk in bank shares. It is true that their profits are still far from normal (what will be achieved in two or three years when interest rates are normalised). We have evidence that a rise in interest rates benefits the listed banking sector in the excellent stock market performance of US banks in the last three years as the Fed has begun to normalise its monetary policy.

But, even with their current moderate profits, obtained in more adverse conditions (negative interbank rates), European banks are being listed at very low multiples. Indications of a high risk perception, of which the main thermometer is, at the moment, the IRR of German bonds. Until German bonds stop marking a difference of over 1% compared to US bonds, we cannot say that we have returned to normal.