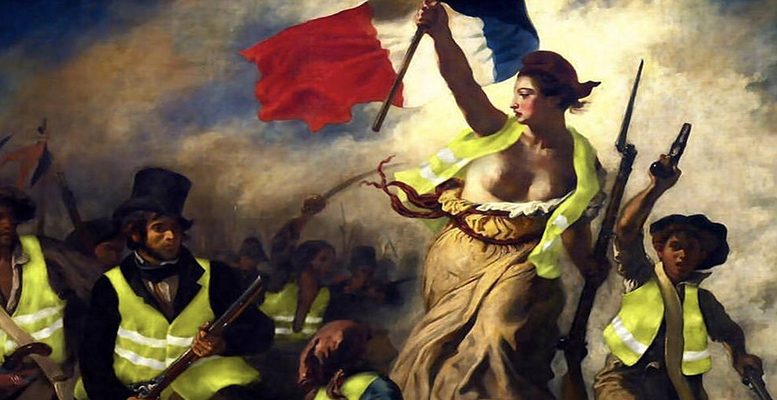 The “yellow jacket” (gilets jaunes) movement made the French government panic and change its budgetary policy, setting a new deficit for 2019 of 3.5%, which now seems possible. Has the bond spread grown (debt differential)? No, or not yet. As can be seen in the following graph given by Alphavalue, the spread of 10 year French sovereign bonds has grown in comparison with the Bund, mainly because the yields on German debt have fallen even more as party of the general attack on risky assets. According to the firm, France could have benefited from lower refinancing costs (some 30bp less), if it had maintained its previous position of tackling seriously its structural deficit, but “this has not been possible to end the street protests”. The idea is to delay the cuts to corporate taxes for at least a year. Maintaining them at 33% instead of 31% will not affect the financing (+2bn€) of the enlarged deficit (+11bn€), but will begin to hurt the shareholders.

So far investors have not been impressed. As the members of the CAC40 can be classifies as “tax evaders”, says Alphavalue, the main part of the additional tax will fall on the smaller corporations.

We can identify 63 companies which are not members of the CAC40 and expect to pay more taxes in France (which represents an average of only 38% of sales). The average market capitalisation is about 7bn€, which is why this is, in the best of cases, a proxy of France. This universe of 63 shares has underperformed compared to September 2018, related to general market fears and does not seem to have seen a weakening of confidence in November when the yellow jackets took the Champs Elysées. An impact even less than a weird tweet from Donald Trump. This is in the short term. However, it is possible that the pressure of populist anger will not stop with what it has achieved, and will not remain within France. In which case, it is probable that the cuts in corporation tax will remain off the table for some time.