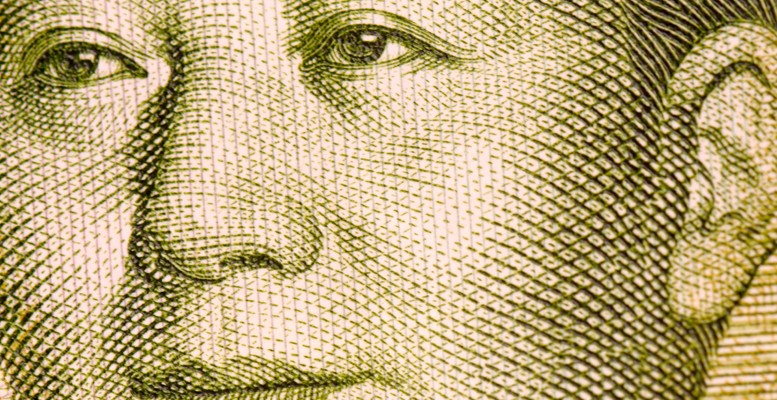 Barry Eichengreen via Caixin | Is China still at risk of being labeled a currency manipulator by the United States?
During the U.S. electoral campaign, candidate Donald Trump repeatedly promised that he would brand China a currency manipulator on his first day in office. On Feb. 24 — his 36th day in office, it should be noted — President Trump then renewed his criticism, calling China a “grand champion” of currency manipulation. But on the very same day, the president’s newly appointed Treasury secretary, Steven Mnuchin, insisted that the administration wasn’t “making any judgments” yet.

Under the U.S. Trade Facilitation and Trade Enforcement of 2015, the Treasury Department is tasked with applying three criteria for determining whether a country is a currency manipulator. First, is it running a “significant” bilateral trade surplus with the United States? Second, is it running a “material” current-account surplus? Third, is it engaged in “persistent” one-sided intervention in the foreign exchange market?

There are two problems with these criteria. First, what exactly are the meanings of “significant,” “material” and “persistent”? And, second, are these the appropriate criteria in the first place?

The U.S. Treasury Department, in its wisdom, defines a significant bilateral surplus as more than $20 billion, the equivalent of 0.1% of U.S. gross domestic product (GDP). On this criterion China still qualifies. But it is not clear why 0.1% of U.S. GDP should be taken as a macro-economically significant number. And measuring “significant” as an absolute amount rather than as a share of the GDP of the exporter arbitrarily singles out large countries rather than countries with potentially misaligned currencies.

Nor is it clear why bilateral trade matters. China, being a large importer of energy and raw materials, pays for those imports by exporting merchandise. Countries with energy to export are not the same countries that have large consumer markets. What matters is that trade is settled multilaterally, not that it balances bilaterally.

The final criterion of “persistent intervention” has traditionally been the smoking gun, since intervention signals intent on the part of the authorities and its extent can be measured by the change in foreign reserves, which in the Chinese case rose to some $4 trillion at their height. But more recently, China’s reserves have been falling. The PBOC has been intervening to prevent the currency from weakening, not to prevent it from strengthening. If this is currency manipulation, then it should be the kind of currency manipulation that Trump most likes.

How then is the Trump administration likely to proceed? One possibility is that the Treasury Department follows the criteria strictly and concludes that China is not manipulating its currency. But in a second scenario, Trump grows impatient over not being able to make faster progress on tax reform and infrastructure investment, which require congressional agreement. Anxious to do something, he will slap trade restrictions on the obvious targets, meaning countries with bilateral surpluses vis-à-vis the United States. Trump may, therefore, instruct the Treasury Department to brand China a currency manipulator whether it obviously qualifies or not. So-called “facts” — in this case, actual economic data — may take a back seat to the president’s emotions.

What can China do? It can appeal to the IMF, which has its own procedures for assessing whether currencies are fairly valued. If the U.S. imposes anti-subsidy duties, it can appeal to the World Trade Organization (WTO) on the grounds that the American action is not merely unjustified but also non-WTO compliant. But it is not clear that the Trump administration will take instruction from international organizations. It may view non-WTO compliance as a feature, not a bug. If so, that spells retaliation, China being a proud country.

To outsiders, a civil war seems to be raging in the Trump administration. In the area of foreign policy, mainstream voices like that of the new national security adviser H.R. McMaster are competing with extremists like Steve Bannon for the president’s ear. In the case of economic policy, moderate voices like Mnuchin’s are straining to be heard over the din created by extremists like the director of Trump’s National Trade Council, Peter Navarro. One hopes that they are successfully heard. Otherwise, the consequences will not be pretty.