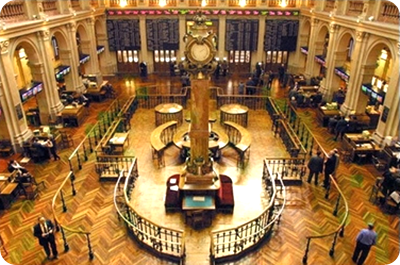 MADRID | According to Capital Madrid, Deutsche Börse’s executives as well as NYSE Euronext’s are already seeking other growth options, after the European Commission blocked their merger earlier this month. The fact is that the initiative has turned differently in both parts of the Atlantic. As the Germans have sped up the negotiations held with other European stock markets, the New Yorkers are trying to convince investors that they are able to survive on their own.

Deutsche Börse has reconsidered the merger with the Madrid market, also because the German firm is very proud of its 2011 results. Indeed, its profits of €840mn, more than double last year’s, push Frankfurt to try new merger and acquisition opportunities. The Germans consider Madrid to be a small market, since it did not even reach a €150mn profit in 2011, but Bolsas y Mercados Españoles (BME) can open many doors.

According to Deutsche Börse’s calculations, they could gobble up the entire Spanish stock with little more than a year-profit investment (analysts estimate that it is not convenient to pay more than 10 times one-year profits of the acquired entity).

There are not many independent stock markets left in Europe. BME is one of these. The German stock exchange’s executives know the company, as they hold a significant participation in Infobolsa, the company that distributes the markets information, and it is said they admire its management.

Deutsche Börse considers the fact that BME is listed as an advantage. They also know that part of the Spanish company shareholders would be interested in selling their stake if it is possible to obtain a significant capital gain. Furthermore, the managing team in Frankfurt is aware that Madrid’s support is key in reaching a noteworthy presence in Latin America, a market which the US stock exchange also wants to enter.

BME is listed in Madrid since July, 2006. It was included in the IBEX 35 index one year later, having one of the highest yields among all the quoted companies within the Spanish market. Currently, BME says it represents an example of solvency, efficiency and profitability in its sector. BME’s technology capacity is well valued, as it is the team, and its extensive activities diversification.

On the Wall Street end they are making great efforts to demonstrate the strength of their operations and results after the merger was discarded. Its CEO, Duncan Niederauer, has explained that the project is something that belongs to the past.

The numbers are solid. The net income for the fourth quarter was $150 million, up by 8%. The overall results for the year reached $653 million, with an increase of 19%: all this discounting the costs of the whole failed merger process and the withdrawal of $25 million for the undergoing litigation in France with Bluenext.

Be the first to comment on "Deutsche Börse, NYSE Euronext turn to Madrid after failed merger attempt"