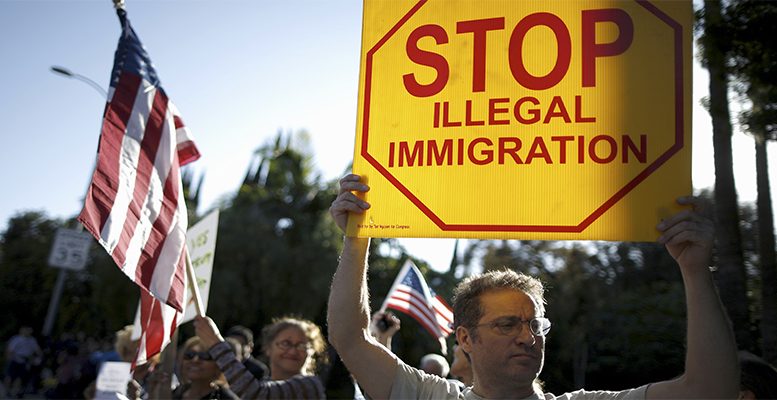 Trump said US GDP was going to grow 3.5% annually over the next ten years. The question is that the predictions for demography and productivity established a limit on this growth rate, which would be closer to a máximum 2%.

The only way to alleviate this trend would be via immigration, which Trump is not only opposed to, but is in favour of expelling immigrants already in the US. We saw how scary this subject is the other day: they were expelling a former Mexican marine, who had taken part in all the recent US conflicts, under threat of death. Does this not remind you a little of what Hitler did with the Jews who had fought for Germany in the First World War? In any event, without its own demography and without immigration, it’s impossible for the economic forecasts of the Trump administration to be met.

We know this threat is also in Europe. Brexit, Marine Le Pen, the Dutchman whose name I can’t remember, have all applauded Trump for his measures. The bad thing is that they have opened Pandora’s box, and the “common people” have begun to make trouble for immigrants, just because they are immigrants. For example the Polish in the UK, which shows just how disorientated people are.

European countries have a worse demographic outlook than the US. Russia will be a country of old people within a few decades, but we are not too far removed from that situation. We need immigration, but a selective kind (in other words, anti-terrorist), if we are capable of that. I believe that one thing has been mixed with the other. Half of the world is over-populated, while the other half has a pressing need. The bad thing is that it’s not easy to compensate for imbalances.

In any event, the intensification of the population problem in Europe and the US will further weaken those countries’ economically and politically, which is extremely worrying.