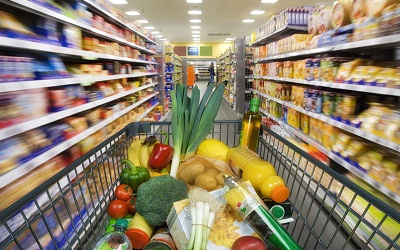 By CaixaBank research team, in Barcelona | Economic slowdown is difficult to stabilise within a context of rising uncertainty that hampers aggregate demand. Economic activity slowed down in the first quarter of the year with negative growth of 0.1% year-on-year, as shown by the detailed figures for gross domestic product in the first quarter. Private consumption continues to adjust, shrinking by 0.6% year-on-year. Gross fixed capital formation has also decreased sharply, contracting at a rate of 2.2%, while at the end of last year it was growing at 1.0%. On the other hand, fiscal adjustment continues in the euro area with a slight shrinkage in public consumption of 0.3% year-on-year. Moreover, the cuts in the public expenditure should intensify over the coming quarters.

On the other hand, the moderate slowdown in the rest of the world can be seen in the drop in the growth rate for exports (2.9%), while the decline in imports (-0.3%) reflects the euro area’s weak aggregate domestic demand. However, we need to point out that these GDP figures hide great geographical differences. For example, while Germany reported year-on-year growth of 1.2%, Italy saw a year-on-year contraction of 1.3%.

Unfortunately, leading economic indicators suggest that the euro area’s GDP growth in the second and third quarter will be negative. From the point of view of demand, sales of retail and consumer goods still show a clearly downward trend. In April they fell by 1.0% compared with the previous month, bringing the year-on-year rate of change into the negative zone, reaching -2.5%. This drop is generalized throughout all components of the index, falling more than 2.0% in year-on-year terms, but is particularly sharp in the sale of fuels, down by 9.8%. This trend in sales of retail and consumer goods is a good indicator of how dynamic the economic situation is. Unlike the GDP figures, here the differences between the figures for retail sales in the different countries that make up the European Union are smaller. A breakdown by country shows an abrupt slowdown in the case of Germany, whose sales of retail and consumer goods in April went from growth of 1.6% the previous month to just 0.6% month-on-month. French households don’t provide a very cheerful scenario either, with a sharp month-on-month fall of 1.5%, although Spain beats both countries contracting by 2.4%.

This slowdown is likely to continue or, in the best scenario, there will be a certain lethargy in household decisions to consume due to the weakness of the labour market and uncertainty regarding the outcome of the European crisis. In fact, April’s unemployment rate in the euro area was 11.0%, having revised the figure for the previous month from 10.9% to 11.0%. This is the highest figure since 1990. In April, the number of unemployed rose by 110,000 people and the total reached 17.4 million unemployed. Differences between countries have widened, ranging from the minimum reported by Austria, with unemployment at 3.9%, to Spain, with a rate of 24.3%.

Despite the increase in the consumer confidence index for the euro area from -19.9 points in April to -19.3 in May, this is a minimal change and the index is still below its historical average. This level suggests that families will continue to be prudent when taking spending decisions.

Be the first to comment on "Euro zone: different GDPs, not so much with retail sales"