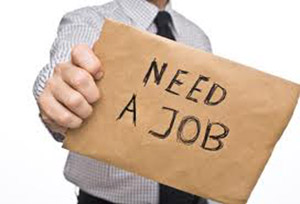 Remember when a higher education used to be a guarantee of success in the market? With the crisis, the picture has turned 180 degrees: too many graduates in Europe and the U.S are waiting tables, going back to their parents and coping with frustration. New grads are also facing competition from older, laid-off job seekers. In the case of American youngsters, they also need to repay their loans (see our report about the U.S. education bubble here).

This situation is stirring up the debate about the real value of investing money and time on something that may -or may not- be worth it. For Standard and Poors, it’s been clearly demonstrated that higher education has advantages.

“Even in a weak economy, a college education is likely to result in higher individual wages and increased economic benefits to society over the long term. The gap in wages between those with college degrees and those without them, which has always existed, has been getting larger in recent years,” says a S&P recent paper.

For S&P, classrooms will be filled by adults rather than with teenagers. Programs will get shorter (2 years instead of 4) and online education will grow, so prices will be more affordable.

“Even in a stalled economy, however, investing in higher education is probably a prudent move that will prove itself in the long run,” states the report.

According to S&P, a college graduate and a high school graduate may now be competing for the same low-paying job, but in 10 years the college grad will still be more likely to have better-paying work and a more fulfilling career.

Be the first to comment on "In Tough Economic Times, Is Higher Education Still Worth The Price?"