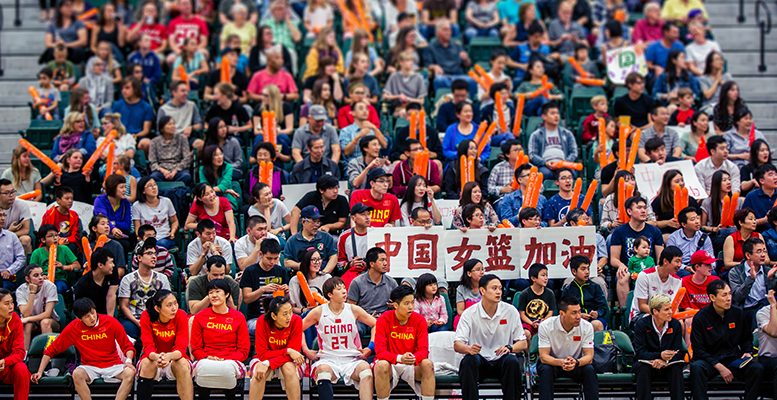 Chinese sports fans following the 2016 Summer Olympics in Rio de Janeiro have noticed something different about the latest generation of Olympians representing their country: Today’s young athletes are a lot less inclined to cry if they fail to win a gold medal.

That may explain why 20-year-old swimmer Fu Yuanhui was vivacious and humorous on live TV after winning a bronze medal, not the hoped-for gold, for her showing in a 100-meter backstroke competition. And it may explain why acclaimed swimmer Ning Zetao appeared calm after failing to qualify to compete for a medal.

Unlike their predecessors at past Olympics, less-than-perfect Chinese athletes at the Rio Games are neither shedding tears nor apologizing for letting the country down. It’s a whole new ball game: China has replaced a form of gold-medal worship with true appreciation for athletic endeavors and achievement.

Winning gold medals was once a national obsession. Under the state-backed system for Olympic athlete development, winning meant everything. No matter how diligent, an athlete who lost a competition could face social condemnation. The pursuit of victory had nothing to do with an athlete as an individual and everything to do with following government orders.

Times have changed along with Chinese perceptions of athletes and sporting itself. An Olympic athlete is no longer seen as a model citizen on a political mission who is expected to carry the pride of an entire nation on his or her shoulders. Rather, each is an individual making a personal contribution to the games. Team China members at Rio are obviously enjoying this new perception – and personal identity.

The spirit of athletic competition is still strong. But rather than worshipping gold medals, China has shown at the Rio Olympics that its primary interest is genuine sportsmanship.

Government policymakers have responded to this changing atmosphere. Guidelines for cutting red tape in the sports industry were issued in 2014 by the State Council, China’s cabinet. The guidelines were aimed at boosting the country’s sports industry through market-oriented reforms. And under the 13th Five-Year Plan for sports development, which took effect this year, government regulators overseeing the sector are required to adopt modern governance approaches.

The road to sporting reform has been long. The effort first appeared on the State Council’s agenda in 1998. But special interests that benefited from the traditional system stood in the way of reform. As a result, at least for a while, little heed was given to calls for change.

A key issue has been how to sharpen the blurry lines that traditionally separated government and commercial interests, against the backdrop of government market intervention behavior and state monopolization of sporting resources through the state-controlled athlete training system.

Quasi-government administrators such as the Chinese Football Association and Chinese Basketball Association, for example, have been embroiled in controversies over business operations. Athletes and the government agency that supervises the Olympics training program have clashed over advertising contracts in which athletes endorse products, qualifications for participating in the Olympics, and other issues.

Even more serious was that gold-medal worship created opportunities for graft. A 2015 General Administration of Sport investigation found some administration officials had guided the Olympic athlete training program to pursue gold medals for economic gain.

Now that China is getting over its obsession with gold medals, it’s time to further advance sports system reform. All reforms should be implemented according to the State Council’s guidelines and its call for respecting basic principles of sportsmanship. No longer should personal interests and privileges be pursued in the name of gold medals or any sort of Olympics victory, for doing so can be a stumbling block to the nation’s sports industry development.

Government agencies that oversee sporting and Olympic training must now adjust their functions to match the latest reform agenda and support sports development. They should help protect the rights of athletes and clubs, promote sports-related businesses, clear away policy barriers and cultivate a consumer market for sports. Authorities should build a system that benefits sports fans as well as athletics as a whole in China.

China can learn from other countries. The United States, for example, has no single government agency overseeing its sports industry. Instead, more than 300 non-governmental sports organizations coordinate their efforts. Valuable sports industry lessons can also be found in Japan and South Korea, whose cultural and economic development routes have been similar to China’s.

In Rio, China’s athletes have been giving their all. Their impressive accomplishments may offer further ideas for reforming the nation’s sports system. If this year’s Olympics are a true catalyst for accelerating reform, the young members of today’s Team China will be remembered for a lot more than medals.