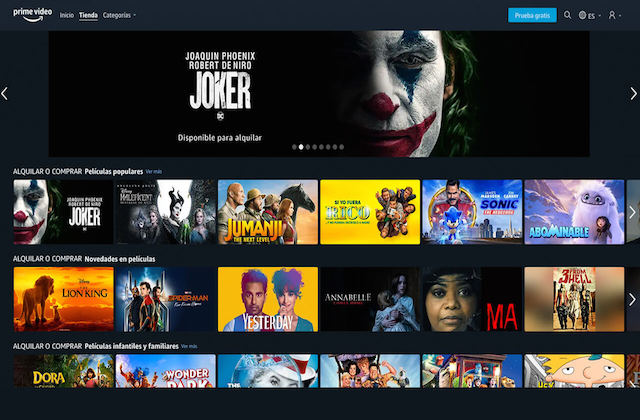 Nathan Meyer (Capital Group) | With remarkable speed, the COVID-19 pandemic has accelerated select investment themes across a number of industries. In my view as an equity analyst, nowhere is that truer than the media and entertainment sectors where technological advances and work-from-home trends are rapidly changing the landscape.

Structural shifts in media consumption are disrupting the business models of traditional media giants with consumers increasingly moving away from using cable connections and towards streaming video services and interactive forms of entertainment. The resulting shift in viewership habits, especially amongst young people, could profoundly alter the investment outlook for media companies in the years ahead.

With that in mind, here are five powerful themes that I believe will play a major role in the evolution of media and entertainment over the next decade.

Video games should enjoy at least another decade of demographic tailwinds generated by young people playing and spending more, and older people continuing to stay in the game, so to speak. Dramatic advancements in graphics quality, increased access to cloud-based gaming platforms, and the further adoption of in-game monetization should allow video games to continue taking time and wallet share from traditional pay TV companies.

Pandemic-related lockdowns over the past year allowed the gaming industry to shine like never before. Game console makers Microsoft (Xbox), Sony (PlayStation) and Nintendo (Switch), as well as game developers such as Activision, Electronic Arts and Take-Two Interactive, experienced huge increases in engagement and revenue as homebound consumers turned to video games for interactive fun and perhaps some degree of escapism.

In my estimation, the $130 billion video game industry should be able to sustain a 5% annual growth rate over the next decade. On that path, video games will eventually surpass the $200 billion pay TV market that is growing at just 1% to 2% per year.

In a related theme, I expect almost all general entertainment television viewing to shift away from legacy pay TV bundles and toward on-demand streaming over the next decade. Live sports and news, which account for about 25% of viewing in the United States, will be the only viable reasons that some consumers will pay $100 or more per month for a bundle of channels.

Only about half of the 125 million American households are avid sports fans, leaving a potential residual base of 60 to 70 million consumers in the bundle. However, it would only take one company buying a few key sports rights and making them available outside the bundle for the declines to accelerate even faster. NBCU is already making the Premier League and Olympics available on the Peacock streaming service. Meanwhile, the renewal of American Football’s NFL Sunday Ticket in 2022 could spell the end of bundling as we know it. If it is made available on ESPN+, Amazon Prime Video or YouTube TV, that will be another reason for consumers to ditch the legacy bundle.

In another blow to the future of pay TV in the US, young people in particular are turning away from conventional viewing in huge numbers. Since 2010, the time spent watching traditional TV by those aged 18 to 34 has declined by about 70%, according to ratings firm Nielsen. Traditional TV has also lost significant ground among people aged 35 to 49. Only the 65+ crowd has remained loyal over the past 10 years.

3. Video streaming will grow to become the primary form of movie and TV consumption

It is becoming increasingly clear that streaming services are the primary replacement for traditional pay TV bundles. As consumers become comfortable ‘cutting the cord’, streaming giants such as Netflix, Disney+ and Amazon Video are the primary beneficiaries.

Similar to the video game industry, streaming services got a huge shot in the arm during the COVID-19 lockdowns as millions of new subscribers flocked to them in a binge-watching flurry. Once the domain of old TV shows and movies, new and original content is now driving growth at the major streaming services. Think “Stranger Things” on Netflix, “The Mandalorian” on Disney+ or “The Marvelous Mrs. Maisel” on Amazon Video.

Netflix, for example, is expected to have a content budget of $25 billion to $30 billion by 2030, allowing it to potentially drop four $100-million series or movies each week. Given that enormous budget, there is a good chance Netflix will make something that most U.S. households will want to watch, enabling it to eventually reach about 90 million U.S. subscribers.

4. Professional American football viewership could be in structural decline

Today, the value of live sports to advertisers and legacy media companies is unquestioned —– and the National Football League (NFL) is the gold standard. However, a growing number of NFL players are retiring after only a few years in the league due to fears of permanent injury. Additionally, most of the stabilization in viewership over the last two years has been attributed to the return of the older demographic after the NFL began focusing less on politics and more on the game. Viewing declines continue among younger people who are interested in a broader array of sports and less likely to play high school football.

Anecdotally, I grew up in a town in the US Midwest, obsessed with American Football, where even the freshman team had no trouble finding players and half the population would show up for varsity football games. A little more than a decade later, the freshman team can barely scrape together 25 kids, and attendance is down significantly as parents worry about health issues. As a sports fan, it pains me to say this, but a decade from now, I think pro football viewership could suffer a significant hit.

5. Autonomous vehicles may provide an extra hour a day for media consumption.

With smartphone adoption maturing in the developed world, we are approaching daily media consumption of 10 to 11 hours per person. Driverless cars could provide a major growth boost in the years ahead. Given that the average commute in the U.S. is about 30 minutes each way, that potentially frees up another hour per day of media consumption.

With an estimated 2 million units sold in 2020, driverless cars currently are not a large part of the market, but are expected to grow exponentially. Boosted by lower prices and government mandates for electric vehicles, the number of driverless cars could reach 58 million by 2030, based on various industry estimates. That could free up a lot of eyes for streaming movies, podcasts and music services over the next decade.