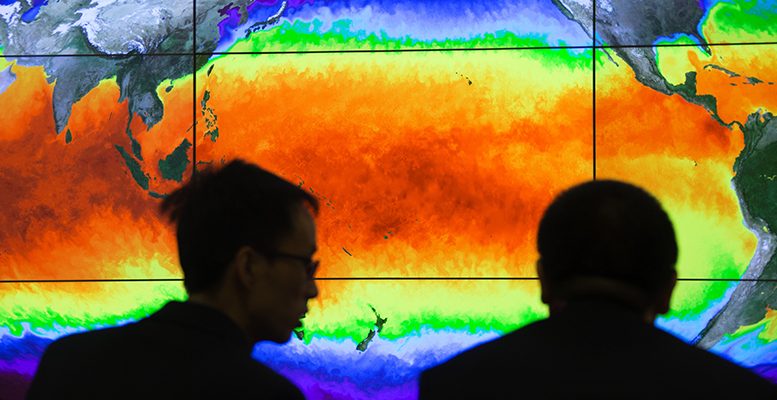 Among all the summit-babble about inclusive and sustainable growth and a myriad other agendas linked to the Group of 20 (G20) meeting, it’s still far from clear what strategic value leaders would add to the world’s premier economic dialogue when they gather in the eastern Chinese city of Hangzhou this weekend.

It’s not the divisions over objectives and values that are the problem. It is that the process has been hijacked and sidetracked from the main strategic tasks that face the global economy and international community today. Printing and spending government money in various ways to pump up the global economy after the 2008 financial crisis was relatively easy compared to addressing the present malaise. Reliance on monetary policy to spur global growth is no longer a practical option.

The world economy is in serious trouble, with problems that run even deeper than the financial crisis. Though they are less immediately discernible, their destructive power will be more long-lasting if they are not addressed now.

The world is at a major turning point, with Brexit and the political mood in the United States pushing industrial countries decisively away from globalization and into retreat from trade and economic expansion. The trends are already clear, with shrinking global trade and stagnation gnawing at the heartland of the industrial world. These are harbingers of longer-term structural decline in the industrial world unless there is a collective global push to address the malaise.

Unlike the financial collapse, this new global economic sickness is more difficult to discern but no less palpable. It is a disease that is taking hold and will wreak its insidious havoc over a decade, not for all to see in the weeks or months immediately ahead like the global financial crisis. The G20 was at its most successful in responding to the financial crisis in 2009. Leaders need to recognize the global economy is staring down at a deeper abyss now, and bring a sense of urgency — if not crisis — to Hangzhou.

Europe will be pinned down by what the Little Englanders like Boris Johnson have done to it for years to come and, whether Hillary Clinton wins the U.S. presidency or not, Donald Trump has mobilized forces that could take the United States down a similar road.

Dealing with the powerful undertow of anti-globalization is the challenge that G20 leaders face in Hangzhou. If they squander the opportunity, the Hangzhou summit will be a failure. Indecisiveness at Hangzhou will complicate China’s carefully choreographed entry into a lead role in running the global economy and be harshly judged by future generations.

So what does Hangzhou have to do to be both relevant and successful? To be judged successful in the long term, Hangzhou must lay the foundations for dealing with the undertow of anti-globalization.

There are three key issues: the ability to progress the G20 growth agenda (this is all about what in China is called supply-side reform); the ability to achieve something ambitious on trade and investment (this is about reforming the trade system to make it more transparent and open so that investments are more secure); and the ability to take tangible actions to fortify the global financial system against crises.

As Adam Triggs, a research scholar at the Crawford School of Public Policy at Australian National University, argues in a recent article: “Delivering a successful G20 summit in Hangzhou means tackling big global challenges through practical actions that can be understood by the public.”

But the fundamental purpose of the G20 is to set the strategic direction. The worry is that the summit is drifting away from this role and becoming more like an international think tank than the steering committee for the global economy that it was set up to be. The G20’s deliverables are increasingly bureaucratic, focused on commissioning reports, holding meetings, developing strategy papers, and publishing high level principles and policy documents.

The G20’s fundamental comparative advantage is its ability to reform global governance and developing consensus on steering global economic decision making. Its role is to look at the big global strategic picture, not get bogged down in the bureaucratic details.

“Despite global economic difficulties,” says Wang Wen, dean of the Chongyang Institute for Financial Studies at Renmin University, “China has maintained a high growth rate and has managed to consolidate the foundation of its real economy. Its long-term economic growth potential and focus on sustainable growth suggest that China has unique experience in promoting development.”

The most important asset that China and most of Asia brings to this G20 meeting is a continuing commitment to open economic growth and the priority that is attached to supply-oriented economic reform as the driver for growth. China has a key responsibility as the world’s largest trader to address the vulnerabilities in the global trading system. The strength of global trade is now tied intimately to securing the openness of the global investment regime. Hangzhou, above all, needs to begin the crafting of a new agenda for the global trade and investment regime.

The global financial safety net also remains a mess. It is too small and fragmented to deal with a large crisis, and this increased fragmentation is posing a number of serious challenges. Cooperation between the IMF and regional financing arrangements is a first step. And bringing China into the currency swap and other cooperation arrangements among the majors is a crucial second.

The Chinese way is to think big strategically. Hangzhou will not be successful without this essential Chinese ingredient, putting its own commitments on the table: moving forward on open trade and investment through East Asia’s Regional Comprehensive Economic Partnership and globally; committing to deeper financial reform and capital account opening; and undertaking to be a lead partner in a new global trade and investment agenda — carrying its partners in the G20 with it.