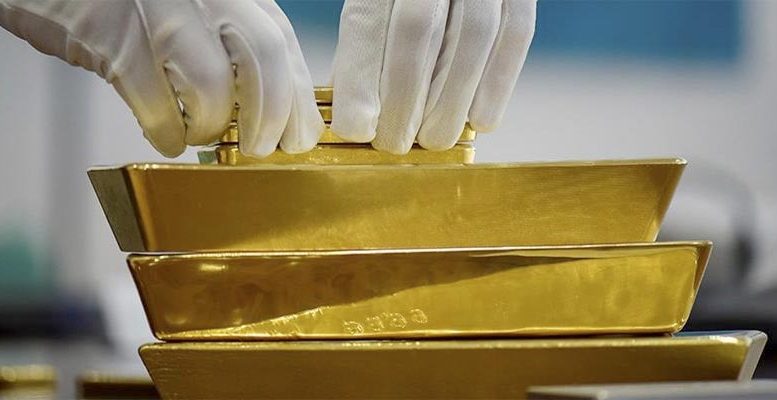 Despite global recession unfolds, there is more upside than downside for gold

Degussa | The world seems to be on fire. A couple of months ago, the economic upswing was still firmly established, production expanded, and unemployment was declining. It all changed with the advent of the coronavirus or, to be precise: things turned really sour with the politically dictated lockdowns. As a reaction to the spread of the virus, governments in many countries ordered shops and firms to shut down and people to stay home. The inevitable result was a closeto-complete breakdown of the economic system. Hundreds of millions of people were thrown into outright despair; in India alone 120 million workers lost their jobs in April 2020.

The economic collapse sent the unbacked paper money system into a tailspin. Borrowers were unable to service their debt, banks unwilling to roll over maturing loans, let alone extend new funds to struggling debtors. The entire credit pyramid was about to come crashing down. To prevent this from happening, governments and their central banks went “all in”, providing huge amounts of money to pay for peoples’ lost incomes and firms evaporating profits. Of course, governments do not have the money they have promised to spend.

Another result of a rise in the money stock is a redistribution of income and wealth among people. Not all people will get a share of the newly created money at the same time, as there will be early receivers and late receivers. The former can buy goods and services at unchanged prices. The latter, however, lose out: They can only purchase vendible items at already elevated prices. As a result, the early receivers of the new money get richer compared to the late receivers. The money injection, therefore, amounts to a redistribution of income and wealth.

The vast amounts of money central banks issue to fend off the symptoms of the crisis will create winners and losers. It will make some richer, and it will make many others poorer. It does not create a win-win situation. Banks, the financial industry, big business, and governments as well as their entourages and close beneficiaries can be expected to be on the winning side. In contrast, medium and small business, the average employee, and pensioners can be expected to be on the losing end. If anything, the printing of ever greater amounts of money increases economic inequality.

It is no longer hard work, ingenuity, frugality and consumer orientation on the part of the individual that determines one’s economic fate but closeness to the central bank’s money-printing press and meeting the requirement for receiving government favours. In times of economic expansion, opposition and protest against the social injustice that comes with money printing are subdued – as most people see their slice of the cake increasing at least to some extent. A recession, however, changes that: It lays the foundation for outright opposition and rebellion.

As the Austrian economist Ludwig von Mises (1881-1973) noted perceptively in 1932: “Permanent mass unemployment destroys the moral foundations of the social order. The young people who, having finished their training for work, are forced to remain idle, are the ferment out of which the most radical political movements are formed. In their ranks the soldiers of the coming revolutions are recruited.” Opposition and rebellion against what?

Most people these days blame the loss of jobs and dire income situation on capitalism – the economic system in which the means of production are in private hands. They argue that capitalism makes the rich even richer and the poor even poorer and that capitalism is inherently unstable and causes recurring economic and financial crises. However, this is an entirely false interpretation. First and foremost, neither in the US, Europe, Asia, nor in Latin America, we find capitalism in the pure sense of the word.

Economic systems around the world represent interventionist systems. Governments have greatly restricted the workings of the free market forces through taxes, directives, laws, and regulations. Wherever you look, what little is left of the capitalist order is under siege, gets eliminated further. A rather obvious point is the monetary system: Money production has been monopolised by government-sponsored central banks which hand out licences to privately held banks to participate in money creation which is not backed by any real savings.

Sound economic theory teaches us that such a monetary system causes great trouble: It is inflationary, causes boom and bust cycles, makes the economy run into over-indebtedness, and allows the state to become ever greater, transforming itself into the “Deep State”. Indeed, there should be little doubt that without an unbacked paper money system, today’s governments could not have become as big, encroaching, and suppressive as they are. The unbacked paper money system is so to speak the elixir for creating a tyrannical government.

Unfortunately, those blaming capitalism are barking up the wrong tree. For all their critique of inflationary money, economic hardship and rising inequality are the direct results of governments’ successful war against capitalism, which has been replaced by a system of interventions; the free market system was replaced by a system of decrees and prohibitions, all of which are incompatible with capitalism in the true sense. Against this backdrop, the question arises: How come that people put all the blame on capitalism rather than interventionism-socialism?

Of course, there is this thing called “anti-capitalist mentality”. Many people do not like capitalism, because under capitalism, those are economically rewarded who serve consumer demand best: Making a profit is the result of having produced something that others want to buy. Those who are less eager to serve their fellow man must settle for lower incomes. This inevitable truth is the breeding ground for resentment, envy, and malevolence. And these emotions can be instrumentalised quite easily by demagogues.

This is exactly where the socialist ideology comes in. It appeals and caters to peoples’ resentments. Capitalism is declared the bad guy, the culprit of peoples’ dissatisfaction. In that sense, capitalism becomes a kind of “hate screen” against which people are encouraged to direct all their resentments. Most importantly, anti-capitalistic policies, the programme of socialism, are praised and promoted to be beneficial for the dissatisfied, to clamp down on the rich and to ensure a more even distribution of income and wealth.

No doubt, the current income and wealth distribution has been brought about by interventionism-socialism rather than pure capitalism. One strategy to remedy it is to channel peoples’ dissatisfaction in the right direction: Making clear that calling for less interventionism, less socialist policies, and the deconstruction of the state (as we know it today) is the way forward – not pushing the free market system over the cliff and allowing the Deep State to become even bigger. No doubt, this amounts to a gigantic educational task.

Much depends on making progress on this issue, as it would be a recipe for disaster if capitalism continues to be held responsible for the economic, social, and political problems that are, in fact, caused by a system that can perhaps best be characterised as anti-capitalism. Bidding farewell to capitalism, people put peace and prosperity in severe danger, jeopardising the existential future of the great majority of human lives around the globe. That said, safeguarding capitalism from its destructive enemies is of utmost importance.

This is not only a time of economic crisis. In hindsight, it may also appear as a standoff between those forces wanting to push further towards socialism and those forces trying to make the system move back towards capitalism. And perhaps also as a time of social revolution. Hopefully, a revolution against the encroaching socialism in the form of ever bigger and even more powerful governments; hopefully, a revolution in which people seek to regain control over their lives, putting an end to left-leaning ideologies, be it political globalism, interventionism, or outright socialism.