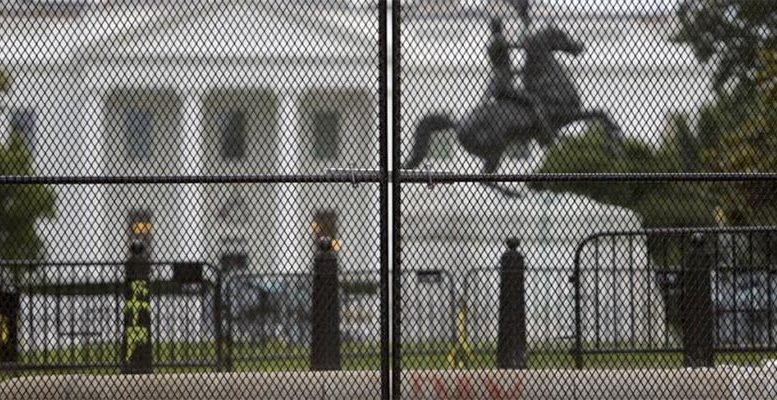 Culturally, though not politically, the US is now in a state that resembles a civil war

Peter Isackson | Poor Joe Biden, the presumptive Democratic presidential candidate. He currently holds no political office and can’t even circulate in public. In contrast with his Republican rival, US President Donald Trump, he is a mere spectator of the news. Worse, with a raging pandemic now complemented by nationwide violent protests over yet another act of police brutality, Biden is an observer of history, not an actor.

Trump is still center stage in this hyper-dramatic moment of history, even if bereft of a script. His role requires him to step up to defeat “lawless anarchy and chaos.” Given the degree of pandemonium that the death of a black man called George Floyd at the hands of a white Minneapolis police officer — who has been charged with murder — has provoked, Trump himself has become more an observer than an actor.

The president’s awkward mishandling of the response to the coronavirus pandemic has led to a rapid decline in his approval rating. Polls show Biden to be the clear favorite in November’s election. Facing the massive protests that have broken out across the US, Trump has remained true to his methodology of casting himself as the one who dares to solve problems with sledgehammer solutions. Though he has no authority over local police forces, Trump tweeted, “when the looting starts, the shooting starts.”

Playing the acting coach, Biden added, after quoting Trump’s line about looting and shooting: “Come on. What president says that?” Biden provides an example of his presidential style in a speech addressed to the family of Floyd. Reading from his prompter, he recites the well-rehearsed lessons about the “deep, open wound” of racism in the US. He promises justice for Floyd’s case and various reforms. He invokes the platitude of having to “come together as one America,” proposing to “bring everyone to the table” to “root out systemic racism.” He promises to hold “bad cops accountable.

Though invoking the “uncomfortable truths,” Biden avoids acknowledging the implicit message of the protesters. For the past few days, some of them have been violently attacking businesses and police stations (but not people). With their violence and looting, they are striking back symbolically at the economic system and the power structure put in place by politicians and protected by all the police, good cops and bad cops alike.

The protesters have lost any vestige of confidence in the behavioral code of the class of “responsible” leaders who manage the system. Biden wants them to see Trump as the villain. But the protesters know which group Biden belongs to. He humbly includes himself among “those of us who sit in some position of influence” who should “finally deal with the abuse of power.” But the protesters know that he’s been in that position for 50 years. Many may be wondering why it is only now that the question must “finally” be addressed.

Interviewed on the same subject by the hosts of The Hill’s “Rising” program, former Democratic presidential primary candidate Andrew Yang focused on responsiveness rather than responsibility. “Millions of Americans do not feel like our leaders have been responsive to them and their needs, the fact that economic despair is now rampant in this country and the pandemic has made it much worse,” he said. Being “responsive” means engaging resources, daring to redesign institutions with the aim of transforming the culture. And it means doing so on a scale commensurate with the problem to be solved. When Biden emphasizes speaking with a sense of responsibility, he is describing not action, but acting. Just like what Ronald Reagan used to do, even before entering politics.

In recent decades, at least since the advent of television, US electoral politics has been drifting further and further toward the hyperreality cultivated by Madison Avenue. Every president since Dwight D. Eisenhower — including Donald Trump — has had to demonstrate a talent for projecting an image of responsibility. The style could vary, but it always involved a talent for expressing solemnity, articulating empathetic thoughts and appearing rational and serious, especially at moments of political or social drama.

John F. Kennedy and Barack Obama cultivated a form of rhetoric that straddled generations, aimed at inclusiveness and projected intellectual command. Jimmy Carter, Bill Clinton and George W. Bush, in contrasting ways, played it folksy but managed to sound appropriately solemn when the occasion required it. Ronald Reagan acted out the part of the wise father figure, possibly inspired by the popular television program, “Father Knows Best.” George H.W. Bush played on the dual levers of an aristocratic and technocratic (deep state) demeanor.

Richard Nixon and Trump are the outliers, but even Nixon, after fumbling his television debut against Kennedy in the 1960 debates, learned how to act presidential in front of cameras, sometimes using the gravitas of Henry Kissinger to make his solemnity credible.

Trump succeeded in changing the meaning of the word “responsible.” Before Trump, it implied the use of reasoned, cautious and respectful language appealing to a broad range of ideas and interests. Trump transformed its definition to mean getting things done by the force of one’s will. In other words, responsible for carrying out his own promises, however zany. This resonated with a culture that had always valued Ralph Waldo Emerson’s notion of self-reliance, appropriate to the age of pioneers and western expansion. The advent of the consumer society pushed the Emersonian idea of individualism toward its furthest extreme, Trumpist narcissism. What Joe Biden and Democrats see as “irresponsible,” Trump supporters interpret as the highest proof of his sense of responsibility.

The cultural contradiction this implies has now reached a kind of breaking point. American electors will now be faced with a choice between these two concepts that define what it means to be “presidential.” It is far from certain that either of them still makes sense in the context of the dual crisis the US is now facing. Trump’s individualist appeal to force cannot hope to produce any long-term positive impact on the problems the US is currently facing. But the idea of acting presidential and bringing everyone together to debate and then vote seems even more illusory.

Culturally, though not politically, the US is now in a state that resembles a civil war. It isn’t North vs. South or Democrats vs. Republicans. Both parties are radically disconnected from the social reality of the people. There are, however, two ill-formed ideological camps, independent of both parties.

On one side, African Americans, joined by a growing contingent of young white progressives (the Bernie Sanders supporters) — and eventually other minorities — constitute a potential force of rejection of the political status quo in all its forms. On the other side stand traditional individualists, some of them doctrinaire libertarians, many of them committed to the idea of “gun rights,” if only as the symbol of their own capacity to escape from the anonymous forces seeking to control them.

The first group traditionally voted Democratic. The second group has felt reasonably comfortable with Trump, but less and less so with the traditional Republican Party. The first group is out in the streets in today’s protests. Some of its more intellectual members have been pondering the interest of a general strike that would combine their opposition to structural racism and economic oppression by the oligarchic power structure. The second group has made itself known by protesting against the shutdown caused by the coronavirus pandemic.

Can the oligarchs in Wall Street and Washington — a class that Trump himself belongs to despite his continuing to play the outsider — bring back some semblance of order in the face of growing discontent? Are there any imaginable reforms they could agree to and which the malcontents could accept? Or can they find some kind of improvised fix just to survive until the election?

The nation awaits a “presidential” response.