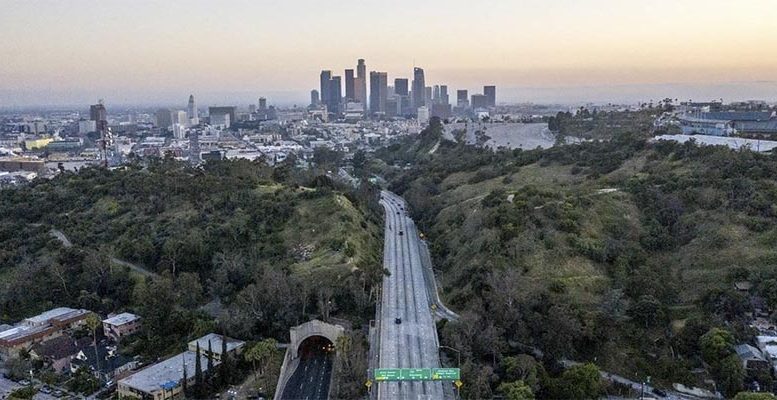 In April, air pollutant levels were at their lowest point in almost 70 years

Citi GPS | The lockdowns imposed by COVID-19 have devastated economies, businesses, and employment as well taken a toll on the physical and mental health of the general population. But if you were searching at all for a silver lining, you need only to look out your window. In many cities and regions the economic shutdown has produced a ‘silver lining’ of reduced air pollution.  In April, air pollutant levels were at their lowest point in almost 70 years. Iconic structures like the Hollywood sign, the Manhattan skyline, and the Eiffel Tower could be clearly seen. Cities in countries such as China and India, which have struggled with heavy air pollution, have seen blue skies come out from behind the haze.

As Earth day celebrated its 50 th anniversary on April 22, 2020, the coronavirus pandemic was inadvertently slashing global carbon emissions so much that they could be down 4-9% YoY for 2020 as a whole, on n the recommended path to achieve climte goals. After Covid-19, some odf the drop in oil demand may be longer lasting, keeping carbon emissions lower, notably for aviation. Air travel is likely depressed for a long time, not regaining 2019 levels of jet fuel demand until perhaps 2021. Business travel and car use could be permanently lower as videoconferencing and remote working are more widely adopted, while higher unemployment could hit commuting. However, private driving might be more favored over public transportation.

Looking at the numbers, the decline in global carbon emissions has put the world on a positive trajectory toward limiting the rise in global temperature to only 2 degrees Celsius. But as countries come out of lockdown and push to restart economic activity, demand for fossil fuel and their corresponding emissions are once again rising. With the pandemic accelerating some trends, such as remote business meetings and working from home, energy demand could dampen over the longer term, but the magnitude of these changes are yet to be known. In addition, the pandemic has taken a financial toll on both governments and corporations such that after the economy gets back up and running, there may be little money left to tackle climate change.

Global leaders seem committed to maintaining a climate focus through the economic recovery post-pandemic through the mobilization of massive fiscal stimulus to address both the pandemic recovery and climate change at the same time. Major stimulus policies that could boost the economy, create jobs, reduce pollution/emissions, and cut GHG emissions could be win-win-win measures.

Policy responses in the three largest emitting countries/regions — the U.S., China and the European Union — are crucial to the future path of emissions. In the U.S., states who normally are leaders on climate change issues such as California and New York are struggling with revenue shortfalls. Robust federal action could be the answer, but this will take time and political will. China’s energy security goals are compatible with lowering emissions and they continue to pursue local pollution reduction. The new EU Industrial Strategy aims to transform the EU into the first “net zero” economy by 2050. Overall, bold government action and continued commitments from businesses and individuals are critical in maintaining climate action momentum.