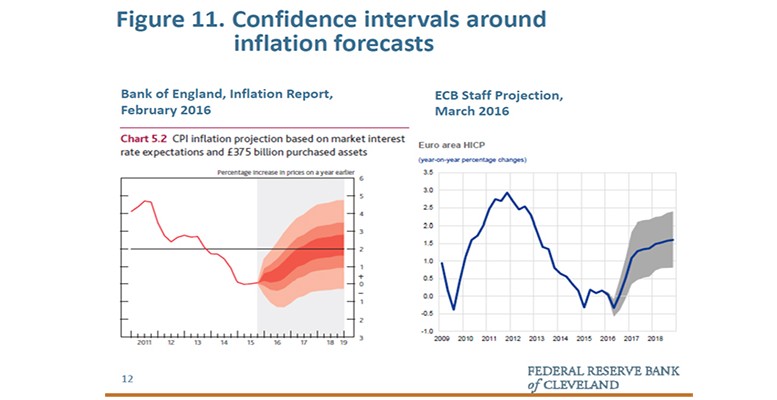 James Alexander via Historinhas | A new book has just been released on problems with central banks. The best chapter looks like the one on group-think. John Taylor, one of the book’s editors describes it thus:

“Kevin Warsh’s (ex-FOMC member) report on the lack of effective deliberations at the FOMC is one of the most surprising parts of the book. In his commentary Peter Fisher notes Warsh’s refreshing candor, and uses it to jump off on a critique of policy committees, including the unwillingness of committee members to change priors when presented with new arguments or data.”

It is not just within central banks that we see such group-think. Loretta Mester, a current FOMC member gave a speech this week drawing comfort that all central banks saw an uptick in inflation just around the corner. We have already commented on just how happy central banks are with their current monetary stance, they are all on target with their central projections for inflation. Meanwhile, in the real world, anaemic economic growth is the result of low nominal growth, and recession is always and only a few active monetary tightenings away.

They just can’t see the group-think, either within their central banks or amongst them.