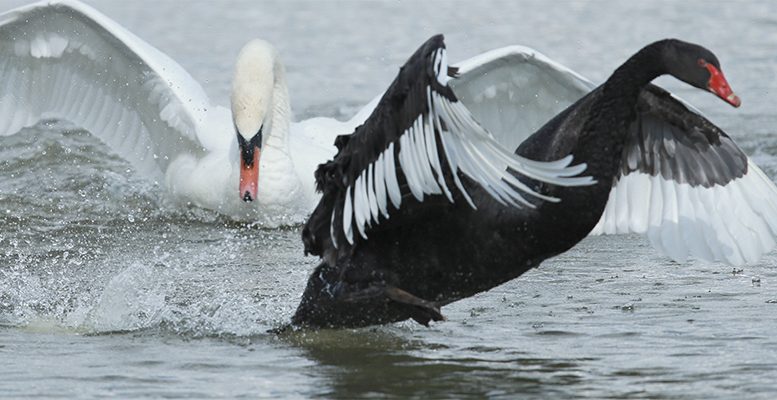 Global debt could house the black swan of the next crisis

The world is over indebted, with a total debt at 380% of global GDP. It is three times it was before the crisis. This debt is both private and public. The debt has increased enormously in the decade since the crisis begun. In the US, the country with the best statistics, we get this graph:

This a problem for the years to come: there is ever less debt to pay every unit of debt. What I regret is that there is no data available on the extent to which this debt has been financed by stock market speculation. We can only infer, from the excessive levels of these indices, that a major part is acting in this activity, putting itself in the position of housing the black swan of the next crisis.

This is why I said the other day that I am skeptical whether interest rates are going to increase much. It is unsustainable. At the slightest sign of deleveraging, and hence a fall in GDP, the FED and other central banks will have to show virtuosity to avoid catastrophe. I believe it will be many years before we see the interest rates of the past, “normalised” as some say now.

I don’t want to be pessimistic, but things are so abnormal today. What I see clearly is that stock market speculation, at full pace, is not going to bring a solid and stable economy. It is not helping finance productive investment, which remains stagnant. These imbalances between sectors are not the best visiting card for returning to normal. And don’t believe that there are countries that are in normal balance – if there are any. These imbalances, seriously generalised, affect everyone as in 2008. In truth we are delayed – even in reverese gear – to unite our dispersed forces and take decisions together, and not only in Europe. And then they start taking about global warming, obviously something that cannot be dealt with individually. No, the problems are for all.