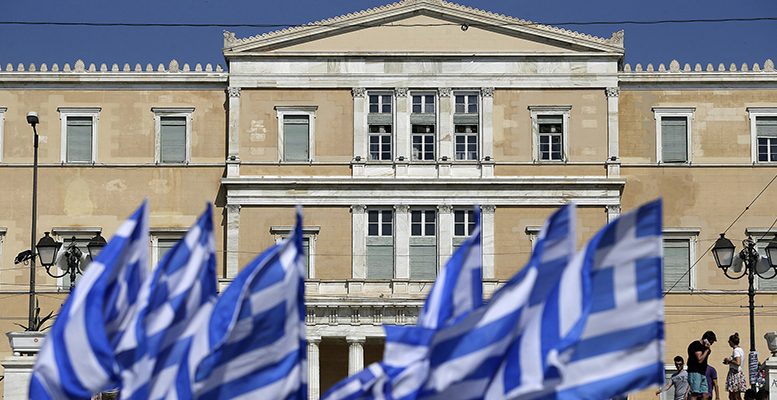 The end of greece austerity

Ioannis Glinavos via Macropolis | Those at the receiving end of austerity policies and fiscal consolidation measures aimed at stabilizing the eurozone during and after the debt crisis of 2010 have sought redress in the courts, hoping to find an argument that can convince the law to come to their assistance.

A pensioner who has suffered repeated reductions in payments due to the consolidation mandated by rescue conditionality; a judge who has seen incomes slashed; employees made redundant; depositors bailed-in; investors subject to haircuts; and many more have strong personal incentives to resist.

So far, however, the effort has been quixotic. Raging against the dying of the light in the poetic words of former Greek minister Yanis Varoufakis has not been a winning recipe for litigants. This does not stop people from trying, however. On 26 September the CJEU will be hearing the case of Anastassopoulos and Others v Council and Commission (Case T-147/17). The claimants are individual bond holders who lost out in the Greek haircut of 2012, known as the Private Sector Involvement (PSI). They have sued EU institutions for damages, arguing that the treatment they received (vis-à-vis corporate investors) was a violation of the Charter of Fundamental Rights. Do they stand a chance?

We can take a roundabout way to answering by considering first the context of this suit. Rescue programmes, usually in the form of MoUs between European institutions and countries in difficulty, required fiscal discipline and the reduction of budget deficits, including action on state debt levels. This led to what is widely perceived as a one-size-fits-all austerity recipe imposed on countries receiving assistance (Ireland, Portugal, Cyprus, Greece).

The consequence of the implementation of these MoUs has been an uneasy mix with domestic, EU law and Human Rights provisions. In a number of cases, mandated measures have been judged unconstitutional, especially when they involved lay-offs, changes to labour laws and reductions in salaries, or increases in pension contributions. Claimants have sought to invalidate these decisions both in their implementation phase (in national courts) and at their origin (in European courts). Other claims are directed to the European Court of Human Rights in Strasbourg.

Most cases have been about violations of property rights. For example, as a result of the Cypriot bailout, the island’s two main banks had to be restructured. The terms of the rescue required a bail-in of investors and depositors during the re-organisation. Those who saw part of their investment disappear have complained about deprivation of possession in national and European courts. The expropriation type claims have surfaced in Greece too, mostly centred on losses incurred during the PSI, another instance of bailout-mandated measures. Claimants in this case have taken their arguments both to national courts and international investment tribunals.

A technical jurisdictional barrier therefore had served to shield the administrators of bailouts and MoUs from the bulk of claimants. Two years ago, however, the European Court of Justice offered judgment on a case involving Cypriot claimants against European Union institutions for losses suffered due to the forced bank restructuring mentioned earlier. Because actions related to the Cyprus bailout were handled by the ESM, there had been an irremovable jurisdictional barrier to anyone who wanted to complain in a legal action about the involvement of the EU.

The CJEU, for the first time however said that the tasks allocated to the Commission by the ESM Treaty oblige it to ensure that MoUs concluded by the ESM are consistent with EU law. The consequence was that the European Commission should refrain from signing MoUs whose consistency with EU law is in doubt. Suddenly the jurisdictional barrier disappeared. Since then, the CJEU has re-confirmed that EU institutions cannot hide behind the separate status of the rescue mechanisms to absolve themselves of responsibility. Whatever happened has a legal accountability thread back to the EU itself.

Having established jurisdiction however does not mean that one wins on the substance of claims as well. The court had not decided that the Cypriot MoU was illegal and ordered no compensation for Cypriot investors. The measures taken in Cyprus were judged as necessary and proportionate in the circumstances.

Could Anastassopoulos, however, succeed where others have failed? The claimant here is arguing (perhaps perversely, considering they are relying on article 21 of the Charter which is on non-discrimination) that they should have been treated differently to other investors. One would think that investors who argue the exact opposite, could have better chances, especially when other lenders like the ECB, the IMF and EU member state central banks had not taken commensurate haircuts on their holdings of Greek debt. The answer is no, Anastassopoulos cannot succeed. This does not mean however that we have seen the end of these cases.