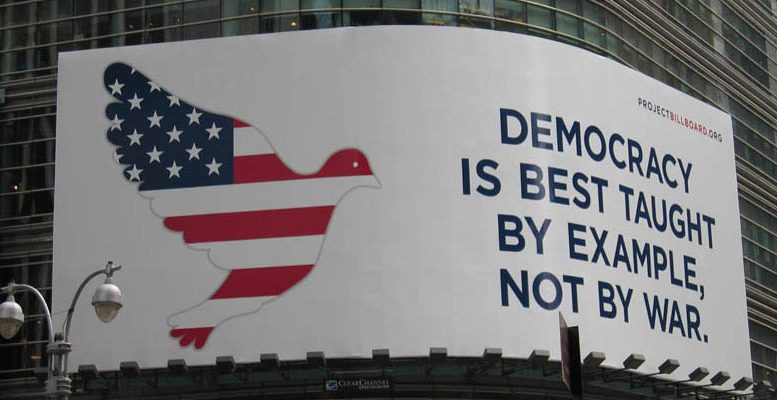 Ahmed Ezzeldin | When we talk about dictatorships, we recall terrifying names like Stalin, Hitler, Saddam Hussein, Kim Jung Un, Idi Amin. They are all associated with images of unconstrained power, racism, xenophobia, nationalism, brutality and mass murder. We label them as dictators to distinguish them from another breed of politicians who come to power through democratic electoral mechanisms. We usually expect elected politicians to represent the choices of the people and remedy the historical sins of brutal dictatorships that dominated the world for most of its history. Is that the case?

Unfortunately, the recent outcomes around the world are casting doubts on this positive image of democracy. In the United States, the presidential candidate Donald Trump uses a strongly nationalist rhetoric, racist language and advocates for extremely xenophobic policies. In the UK, the public was shocked with the disappointing results of the “failed” manoeuver by then-Prime Minister David Cameron to assert control over his party that led the country to the historic exit of the European Union (EU).

Within the EU, neo-Nazi parties have been achieving significant political gains for the last few years. Despite his loss, the right-wing Austrian presidential candidate, Norbert Hofer, managed to get 49.8% of the votes. In Slovakia, the far right managed to enter the parliament for the first time in the 2016 elections.

From Europe to the East, in the Philippines, President Rodrigo Duterte, known as “The Punisher,” urged his citizens to report drug users and dealers and kill them with their own hands, causing a blood bath in the streets of the country. In India, Modi’s violent history of racism, Hindu nationalism and hatred did not undermine his appeal to the voters and brought him to power as the prime minister of the largest democracy in the world.

Imagine if these outcomes were observed in dictatorships, how would we think about it? By excluding the majority of the population from the decision-making process, dictatorships limit the political responsibility within the ruling elite. No wonder when things get out of control in these regimes, the population either rises against it or abstains from supporting it.

In Egypt and Tunisia, autocrats had to pay the price of their economic failures under the pressure of mass uprisings. In Iraq and Libya, Saddam Hussein and Muammar Qaddafi were abandoned by the ordinary citizen to face their destinies. Thus, dictatorships isolate the average citizen from the circle of political influence, which also exonerates them from the failures of the regime. It is this exclusionary nature of dictatorships that challenges the legitimacy of their actions.

Democracy, however, requires the participation of citizens. Democratic leaders attain power only after the majority approves them. Although a citizen never votes on every single decision made by a representative, the decision-makers still enjoy a higher level of legitimacy than their autocratic counterparts. Citizens, thus, choose the type of the politician rather than a detailed prescription of policies. Could this representative nature of democracy be the source of its poor outcomes?

In hardcore dictatorships, rulers claim that they represent a super-human authority that directs their actions, yet binds them in the same ideological framework with the masses. Hence, symbols and narratives in dictatorships tend to bind the supernatural, the ruler, and the masses altogether. Vladimir Lenin’s body is protected in his mausoleum, the Saudi king is the Guardian of the Shrine, North Korea’s Kim Il-sung is the Eternal President, and the Iranian Supreme Leader is divinely chosen. Even the less “supernatural” dictators use some form of electoral mechanism, mostly rigged or corrupt, to justify their claim of representing their people. In both cases, dictatorships make strong claims for representing their own peoples.

Democratic leaders are still politicians with core interest in reaching office and implementing their favorite policy. Unlike their dictatorial counterparts, they have to assure voters that they represent them, while being bound to an established, relatively liberal, ideological framework and transparent electoral mechanism. If they can’t rig elections or attain supernatural status, how can politicians competing in a democratic system gather support and accumulate power like despots? There usually employ two strategies.

Firstly, they rig elections from the source. Authoritarian rulers are always worried that voters are not going to grant them enough support at the ballot box. Even if they are repressive, they don’t know what people vote for in their secret ballot. Thus, the easiest way is to replace the actual ballot boxes with ones entirely supportive of their rule. Thus, the rigging process takes place after the voter castes his or her vote.

Brexit leaders in the UK were actively disseminating wrong information on the cost of staying in the EU. Donald Trump was challenged by fact-checkers at many instances and was proven wrong. This employment of wrongful information means that the informational input to the mind of the voter is manipulated, which reflects on the final decision. Even if this misinformation was challenged, it still leaves confusion and uncertainty that distorts the final decisions and makes them inferior to the situation with a perfectly informed voter.

Appealing to the Supernatural

The puzzle here is that if the false information was exposed, why do some voters keep believing it? This brings us to the second tool employed by politicians in democratic systems: appealing to the supernatural.

The most common higher authority that democratic politicians abuse to drive supporters and believers is that of the nation. Similar to divinity, the nation comes above the individual as it transcends time and sometimes space. By creating an informational mess, then appealing to a higher eternal cause and temporary gains for some groups over others, nationalists can give the voters more reasons to support them. With the strong materialism of the developed democracies, nationalism has a semi-spiritual allure that could drive the most materialistic to support it.

By altering the voter’s choice through flows of fake information and appealing to higher ideals, democracies can gradually converge on authoritarianism. Even worse, being the more legitimate form of rule, democracy provides ground for the most notorious political leaders to reach power legitimately and implement policies in accordance with the “will of the people.”
This is not to say that democracies are doomed. However, it is important to identify where democracies go wrong and institute new rules and mechanisms to ensure that the political system works better for all.