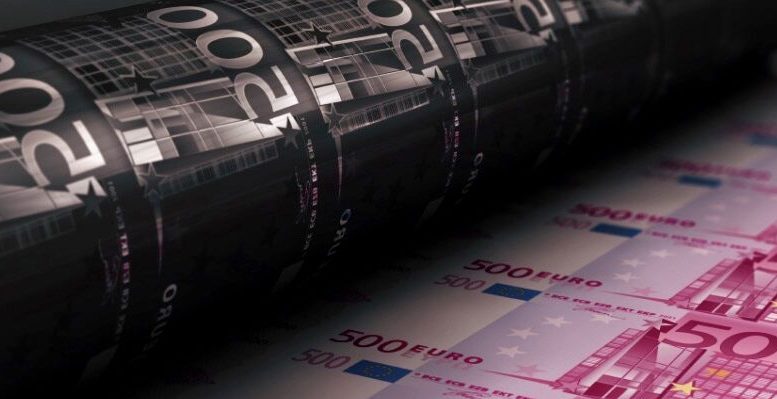 With its monetary policy the ECB has created a very favourable scenario for investment in the Eurozone, in as far as it has fought against financial fragmentation in the area and improved financing conditions; particularly for the big companies, but also for SMEs.  That said, all this is far removed from the institution’s responsibilities and tasks, producing administrative-regulatory frameworks which favour investment or promote specific projects. In this case, the role of the political authorities is key for accelerating investments in a world where they are necessary in order to “be connected” or “get on board” a new industrial revolution which will drive those who have not adapted out of the market.

The path towards the so-called Industry 4.0 is a reality and the future is all about “intelligent factories” with high levels of adapation to market needs, under the shadow of a more efficient use of resources. This implies the interconnection of the machines and the production centres themselves with the outside, as rapid transmission of information is key. An all this in a world where we will also have to worry about differentiation, by developing new concepts and boosting innovation. In other words, those countries and companies which don’t make a definite decision to invest, backed by serious programmes which target productive results, will, in the best case scenario, become second-liners.

In this context, the so-called Juncker Plan is especially interesting, although its origins were more linked to the need for additional stimuli in Europe. Let’s remember that this plan looks to combine the forces of the public and private sectors to push through strategic projects in the EU. It has an initial capital of 21 billion euros as a base for the 60 billion euros debt issue, which will be used to attract 245 billion euros of private funding. In total, the Plan’s goal is to mobilise 315 billion euros between 2015 and 2017, of which 240 billion will be earmarked for long-term investments and 75 billion for SMEs.

These figures seem more impressive than they really are when looked at in relation to GDP. During the three years the plan lasts, the amounts would be a bit less than 0.8% of GDP each year. That said, the important thing is where this stimulus is directed, and it will be for strategic infrastructures (like cross-border energy connections and broad band), transport and R&D. The fact that companies are now more cautious because of the continued high level of uncertainty makes the Juncker Plan a necessary instrument to drive investment. Without it, certain projects, which imply a bigger effort, would not have gone ahead.

Up until July, 97 projects have already been approved in the area of infrastructures and innovation. In addition, there have been 192 agreements reached to facilitate funding for SMEs, which will benefit 200,000 companies. The investment commitment was for 115.7 billion euros, with three clear areas of interest: 12% for digital, 23% for energy, 25% for R&D and 26% for SMEs. And we shouldn’t underestimate that last segment given its importance for the business world and, above all, entrepreneurial activities.

The real impact of all the above is clearer in Spain’s case, where there has been an investment commitment for 8.4 billion euros, of which 1.2 billion will be earmarked for improving the country’s ports, 326 million euros for extending Redexis’ natural gas network or 241 millions for Grifols’ research projects. In total, 10 infrastructure and innovation projects to which we have to add 8 agreements to facilitate financing for SMEs. This will benefit 35,876 companies, promoting activities in key areas and covering certain deficiencies in actions taken at a national level.

The future of Europe has more to do with investment than with the ECB, which means we should focus on proposals like the one to extend the Juncker Plan to 500 billion euros in 2020 and, in a second phase, to 630 billion in 2022.