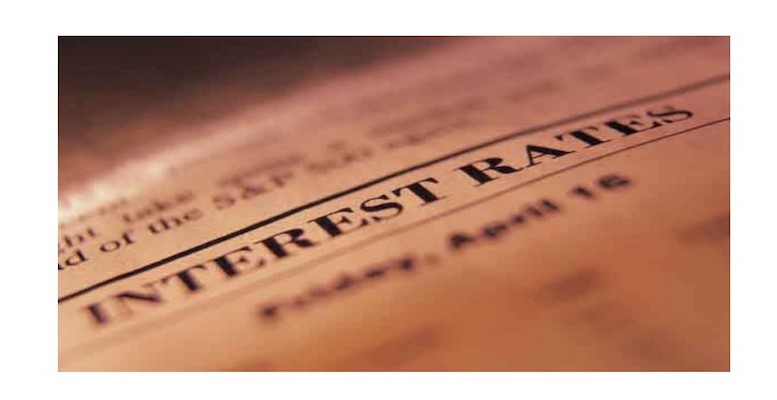 This article is about something very simple, but difficult to understand: interest rates are not low because of the decisions of the central banks. They are at this level because the desire to invest and take a risk is lower than ever. It’s the weak demand from investment funds, not the central bank’s supply, which is the reason for the almost flat interest rate curve.

Let’s think about this logically: if the people with money prefer to invest in a Treasury bond with a negative yield, and not in a corporate bond with a positive, higher return, then it means they don’t want to take on the spread risk existing between the two investments. Even more so when they can finance this investment in the market at zero percent. Why don’t banks invest in corporate loans, which offer a much higher return than government bonds? Is it not allowed? The only doubt is whether this is the result of the super crisis, or it goes back a lot further, in fact 30 years? This is what we are going to find out.

The paper “Secular drivers of the global real interest rate”, by Lukasz Rachel and Thomas D Smith, provides an excellent analysis of the factors which have most influenced the secular drop in interest rates over the past 30 years. The discussion opened up by the authors is worthy of praise. Interest rates have fallen by about 450 bp in three decades and they use their methodology to explain 400 bp of that drop. But what is more important is the argument behind this slow, but clear deterioration in interest rates. And there is no other explanation than the decline in investment demand and the increase in the desire for savings. The authors analyse in detail the main components of both these factors.

As far as savings go, the main reason considered is the drop in the world’s dependent population. This is due to the increase in employment in emerging countries, which has more than offset the rise in dependent elderly people in other parts of the world.

The authors estimate that this factor has boosted the desire to save to such an extent that interest rates have fallen almost 90 bp (0.9%) of the total since 1980.

Unfortunately, the projections are not optimistic. And sooner or later the global dependency rate will increase, as has happened in Europe. However, there is a strong counterbalance to this trend, namely the extension of people’s working life.

The second factor is the rise in income inequality. As the inequality increases, there is a greater desire to save – and interest rates fall – because richer people tend to consume less.

We need to bear in mind that inequality has grown within countries themselves, but has decreased between rich and poor countries. Taking into account all the factors in play, the authors estimate that the net effect of this inequality factor is responsible for a 45 bp drop in interest rates (half that of the population factor).

The third determining factor is the famous “Saving Glut,” or the increase in savings in the emerging countries. This is particularly the case from 1996, when the Asian crisis made the region’s governments more aware of protecting themselves from sudden future crises by accumulating reserves. This in turn led them to devalue their currencies, which boosted the (savings) surplus with the outside world. The net impact on interest rates of this factor would be about 25 bp.

Now it’s time to move on to those factors which have made a decline in investment a reason for the fall in interest rates. The first is the 30% drop in price of capital goods in the last 30 years.

The second decisive factor behind the decline investment is the secular regression in public investment spending. But according to the authors this only has an impact of 25 bp on rates.

Perhaps the most important factor of all is the risk premium or differential between private sector rates and the risk-free return on government bonds.

As a result, the fall in the official monetary rates is in fact an attempt Behind the curve on the part of the central banks to avoid retreating from the market, the opposite of what people think.

Monetary policy has reached maximum capacity. Its zero interest rate is above the level corresponding to full employment. The only way to get there would be by increasing inflation. In the words of Larry Summers.