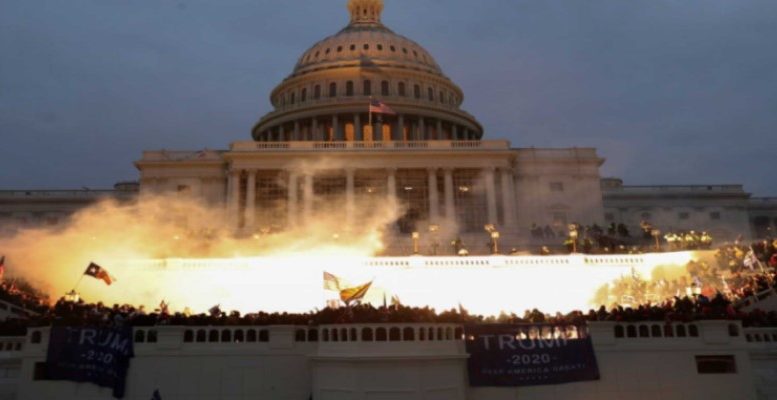 The offices of the US Congress were raided, with an official toll of 4 people dead

The congressional session to validate the election of Joe Biden as president had to be suspended yesterday after the assault on the US Capitol by Trump supporters on the grounds of election fraud. “An episode of violence not seen in the almost two and a half centuries of the existence of the United States as a country,” Banca March flags in its analysis of the opening of markets. Thousands of followers of outgoing President, Donald Trump, who yesterday again denied the election result, assaulted Congress. They forced the evacuation of congressmen and vice president Mike Pence, who was presiding over the session. The rooms and offices of the institution were raided, with an official toll of 4 people dead, 14 police officers injured and up to 53 arrested. The National Guard intervention, ordered by Pence, not by Trump, allowed the resumption of the two chambers joint session that certified the victory of Joe Biden as President. The resignation of the White House deputy national security advisor has just been announced.

In parallel with these acts of vandalism, the second round to decide the colour of the last two senators in the state of Georgia had an unexpected outcome. Despite the fact the polls gave the probable victory to the Republican candidates, in the end it went to the Democrats. The Senate will thus have the same number of senators for each party, a total of 50. However, one must add the casting vote of Vice President Kamala Harris, which in practice means the control of the chamber for the Democrats, thus joining with the control they already exercise in the House of Representatives. On January 20, Joe Biden should take office, a date that leaves two weeks during which it is not ruled out that violence in the streets will continue, with the consequent increase in uncertainty. For now, the Democratic Party has asked Vice President Pence to invoke the 25th Amendment to the Constitution, which allows for the removal of the President from office in case of incapacity.

Against this backdrop, investors ignored the incidents on Capitol Hill. Link Securities analysts highlight the following:

“This is somewhat surprising as it is a direct attack on one of the most consolidated democratic systems in the world. The trivialisation of this type of behaviour, directly attacking democratic institutions, is something that has also happened in other countries. In Spain, for example, both the national Congress and some autonomous ones have been “surrounded” by demonstrators. This puts at risk the foundations of Western liberal democracies. And, in the long term, if they are not overcome -it is evident that behind these actions there are structural social problems that are not going to disappear from one day to the next- they can have important economic implications. So it is surprising that investors relativise their importance.”

In fact, last August 31st, nearly 38,000 German ultra-right-wing protesters also pretended to take over the Reichstag to the amazement of all. However, what is amazing about the case of the assault on the US Congress is that it was encouraged by the country’s President himself, through his favourite social network Twitter. It has temporarily blocked his account and Facebook has done the same. The last Republican US president, George Bush, said he was “appalled” to see these images “worthy of a banana republic.”

Despite this context, the S&P dropped just 1% after its previous advances, led by banks and small caps, that would benefit from a stronger economy thanks to Biden’s control of the Senate. According to Renta4’s experts:

“This will allow Biden to implement a greater fiscal stimulus, at least for two years and until the 2022 mid-term elections. It will have the consequent impact on growth, inflation and increase debt. This lead to a strong rebound in the 10-year US bond IRR to 1.05%, exceeding 1% for the first time since March, after closing year-end at 0.98%.”

As expected, in view of this situation, the Fed’s last minutes went practically unnoticed, despite making clear to the markets from when it will cut monetary generosity in order to avoid a taper tantrum. Although “a couple” of voices were “open” to the idea of buying longer term bonds, for the moment there was unanimity regarding the current “results-based” programme, emphasising the purchases would not be linked to specific numerical objectives.

At the same time. the minutes showed how Fed members would be less pessimistic with regard to the economic forecasts for the US. That said, there was no concealing the concerns the trend in coronavirus in the country would be causing.